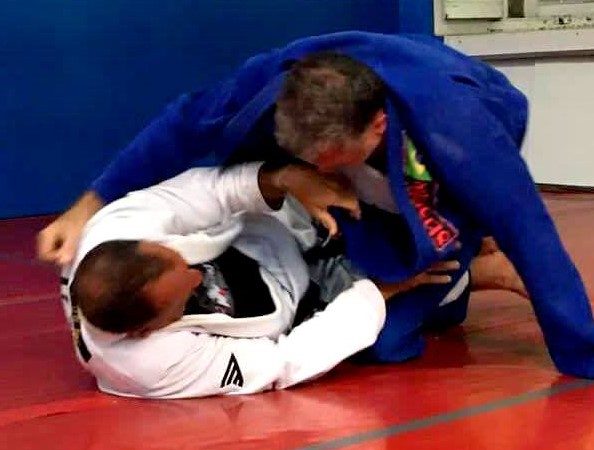 In his new article, Professor Luiz Dias speaks, about the attitude of athletes in training (Photo reproduction)

* Not long ago, I received an old training friend. It is always good opening up the academy for friends. He told me he had been inactive, not trained in a long time, he was overweight and afraid of getting injured during training. Anyway, a conversation that many of us teachers have heard. Class starts, positions and then we start training. He asked if he could pair up with me. Of course, I accepted. Hands touched, let’s go to training.

As he had spoken of his fear of getting injured in his “return to training”, I let him sweep me and he stayed on top. Then suddenly, his fears was gone. He started trying to finish me in anyway he could. I realized that his focus was not on having a workout, to roll, to remember positions with a friend (in this case me). Up to that point, I was sparring, letting him evolve, but I was keeping an eye out. Then he decides to do something rude, unnecessarily and even tried to put a wristlock on me. I defended myself, I swept him and, with my knee on his belly, a position I like very much, he soon said to me: “Calm down, man”. I was calm, I just didn’t understand him.

When you visit an academy, especially if you are  a personal friend of the teacher/owner or even a student, I believe that you must behave correctly. Now asking to train lightly, slowly, claiming to be unprepared, to then take certain attitudes that don’t match what was initially said, I do not think is also right. Do you really want to start back slowly? So train slowly. Let’s flip the situation: a student or friend has been inactive for a while, asks you to go slower and you go all out, even though he’s asked to go at a more subdued pace. Can anyone see merit in this? I can’t see any. Here was a friend trying to help you, providing support for you to return to training…. Thats not the right attitude to have.

I have friends who I train with, that right before the sparring, we talk and decide to train hard. So that way, there is no surprise for anyone. I have a black belt friend who doesn’t come very often to train, but when he does, I know it’s going to be a strong training. I don’t like that kind of attitude, of asking to train light and then trying to go all out. I don’t like to lose, nor does anyone. But there is training and there is training. I didn’t even see what happened as “training”, or as a fight, I saw a friend trying help, to give support to another friend to come back.

Often, with friends and students, I say: “We will train hard, because it is also good and important”. But asking for a type of training and putting pressure will not be beneficial for anyone, quite the opposite. It creates a bad environment, instead of having support from your training partners, this is not a good environment for people wanting to return to training. The chances of injury increase and I believe that it is not the right conduct in relation to others involved.

For more information, go to https://www.instagram.com/luizdiasbjj/ or contact us by e-mail: [email protected]