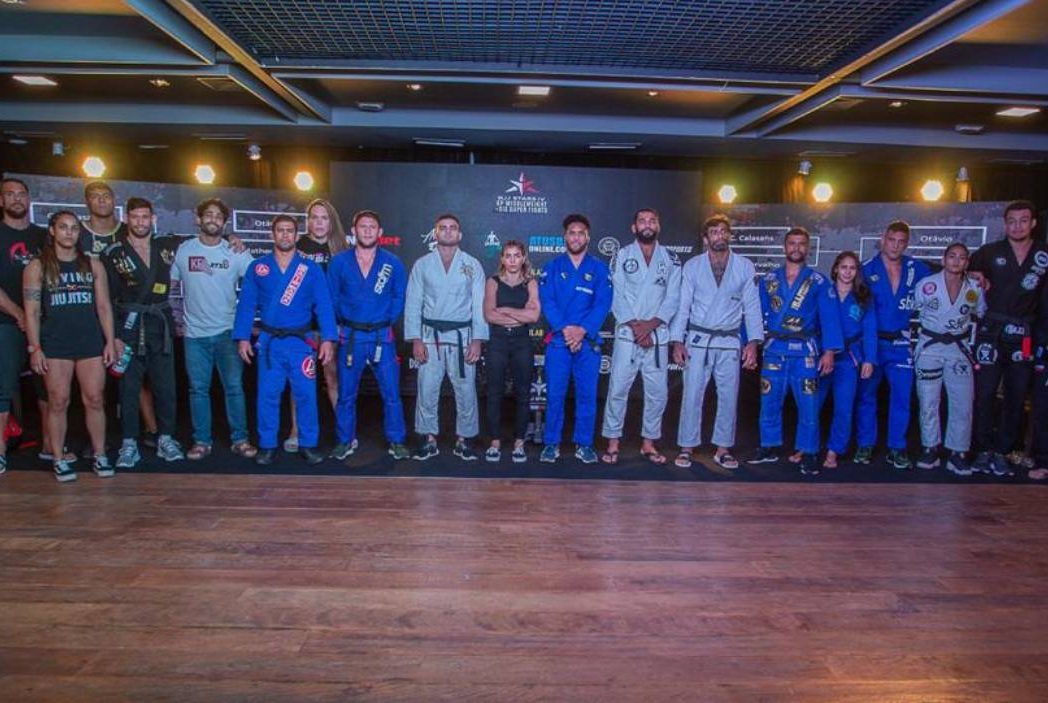 BJJ Stars 4 promises to be a great event this Saturday (14), with a top selection of Jiu-Jitsu stars (Photo by Carol Harber / disclosure BJJ Stars)

One of the biggest Jiu-Jitsu events in the world, BJJ Stars, is also becoming a regular fixture, always putting on two annual shows. To close this difficult year (2020), due to the coronavirus pandemic, the organization has prepared the Middleweight GP and six breathtaking fights for the fans. This will be the fourth edition of the promotion and will be held on Saturday (14th), in São Paulo.

As was done in their July event, BJJ Stars 4 will follow a strict health protocol due to  Covid-19 and will not be attended by the public. Fans can only follow the fights through pay-per-view.

Who will win the Grand Prix?

Eight of the most important names in the middleweight division have been selected to participate in a stacked tournament this Saturday. As was the case with the Heavyweight GP, held at the end of 2019, the competition will also reward the overall champion with thousands in prize money.

Leandro Lo, who participated in the Heavyweight GP and lost in the semifinal, comes in from three defeats in a row – and in the July edition of BJJ Stars, he was beaten by Lucas Hulk. Isaque Bahiense is going through a good phase and has won his two fights for the promotion. Champion of ADCC 2019, Matheus Diniz has excelled in all grappling events. Finalist of the heavyweight GP, when he was defeated by the beast Nicholas Meragali, Gustavo Batista enters this challenge strong after his Pan American title.

Jaime Canuto has been slowly recovering his competitive pace after the pandemic and but was defeated by Batista at the Third Coast Grappling in his latest presentation, while Otávio Sousa arrives to the tournament after winning his fourth Pan American title, last October. Luan Carvalho and Cláudio Calasans entered the event at the last minute to replace the duo Renato Canuto and Roberto Jimenez.

Super fights promise to be heated

One of the biggest stars of women’s Jiu-Jitsu, Gabi Garcia will make her BBJ Stars debut. The Alliance black belt comes from victories over Kendall Reusing (F2W 147) and Elizabeth Clay (Who’s Number One), respectively. On the other hand, Cláudia do Val will also make her first appearance in a super fight, which marks her return to competitions after stoppage due to the health crisis. In a generational confrontation, the multi-champion Bia Mesquita, who has not fought since September 2019, returns to face Thamara Ferreira, one of the most promising athletes at black belt. According to Fepa Lopes, creator of the event, the match up between Anna Rodrigues,, who beat Bia Basílio at BJJ Stars 3, and Amanda Monteiro, has all the qualities to be one of the best.

In the men’s fights, Victor Hugo, has been active in resuming competition, with titles at F2W and 3CG, he will welcome the tough Eric Munis at black belt. The fight between two raising stars of the new generation and long awaited by fans on social media networks. With two wins at BJJ Stars, Patrick Gaudio will face Devhonte Jones. And last but not least, Rafael Lovato Jr was originally scheduled to meet Serginho Moraes, who got injured in action for Taura MMA. Dimitrius Souza has been chosen as a substitute and the expectation for a great fight from the lovers of Jiu-Jitsu continues.

Cláudio Calasans defeated Luan Carvalho by decision of the judges

Dimitrius Souza submitted Rafael Lovato Jr with a choke from behind

Bia Mesquita defeated Thamara Ferreira by 4 to 0 on points