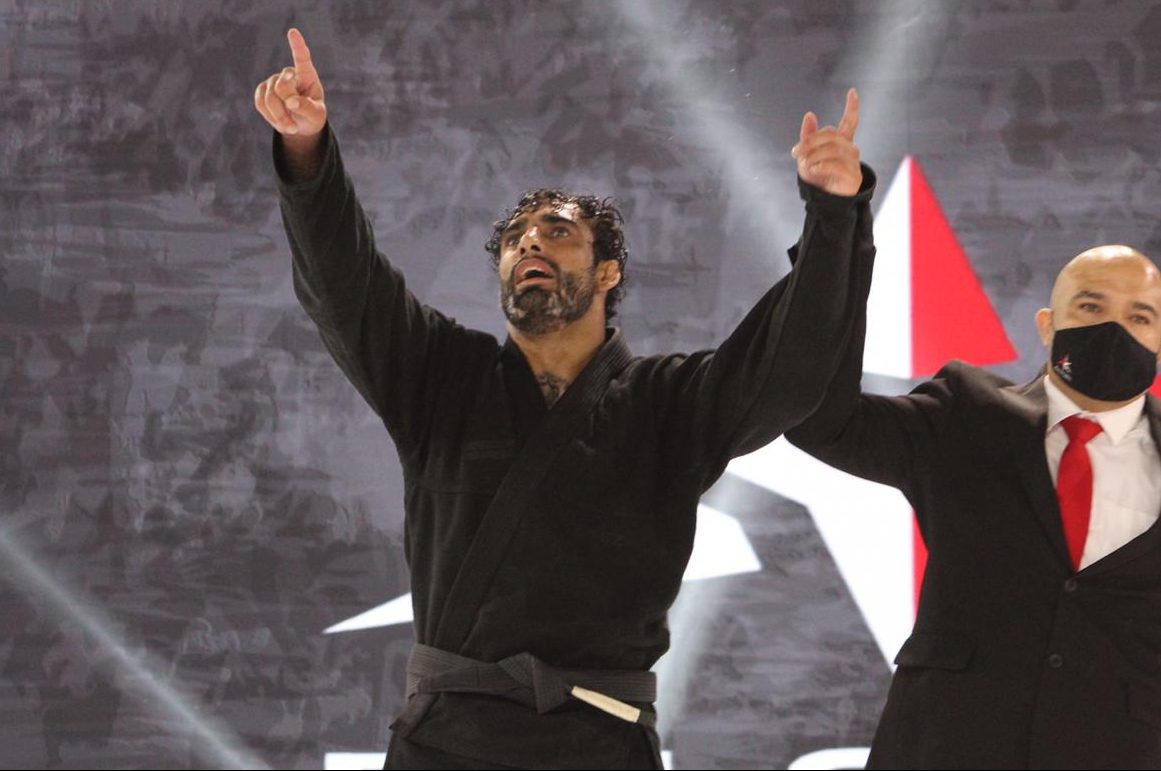 * In another historic night of fights, BJJ Stars 4, was held this Saturday (14th), in São Paulo. In the main event, multi-champion Leandro Lo confirmed his favouritism (findout more) and defeated Isaque Bahiense after a ten-minute “war” to win the middleweight GP. In the co-main event, Gabi Garcia returned to Brazilian mats with a gala performance against Cláudia do Val.

The “Fight of the Night ” prize, went to Bia Mesquita’s victory over Thamara Ferreira by 4 – 0 on points. The “Finish of the Night” went to Dimitrius Souza, who choked out the tough Rafael Lovato Jr.

Leandro Lo had a tricky debut against Jaime Canuto on his way to the final, winning by an advantage. In the semifinal, he beat Cláudio Calasans 7-0. In turn, Isaque Bahiense beat rival Gustavo Batista on points and in the other semi, submitted Otávio Sousa with a choke.

The final was an extremely eventful fight. Leandro Lo tried to pull guard on Isaque Bahiense, but the Dream Art fighter defended and responded with intensity. In the final seconds, Leandro tried a takedown and won an advantage. In the same move, Isaque was looking for his opponent’s neck, but failed. After drawing 0-0 on points, Lo won by a single advantage and won the Middleweight GP. This result also shows the “new phase” in the career Lo’s, who has claimed to be even more focused than ever.

Right at the start of the fight, Gabi Garcia pulled guard and stared working her game, with calm and patience. Cláudia do Val tried to defend herself as  best she could, but little by little Garcia’s dominance grew. Points were earned when Gabi took her back. Shortly after, she passed guard and, in the final stretch, took her back again to open up 11-0 on her return to Brazil.

The confrontation between Patrick Gaudio and Devhonte Johnson will be remembered for the physical imposition from both sides, resulting in a fight without much action, with the two fighters being punished by the referee until each gained two points. In the final stretch, the Brazilian intensified the pace and in an attempt to sweep, received an advantage to take the victory. This was the black belt’s third triumph at BJJ Stars.

With a great performance, Dimitrius Souza showed attitude and, when called to his opponents guard, didn’t take long to sweep. The Alliance fighter kept up the pace, passed Rafael’s guard and choked out Rafael Lovato Jr by taking his back. With the victory, Dimitrius now leads 2-1 in direct confrontation.

Thamara Ferreira started the match up by going on the attack, she almost passed her guard and won an advantage. The more experienced, Bia Mesquita maintained her concentration and followed her game plan to turn the fight around and she managed to get some points with a sweep. The Ferreira showed a lot of desire and went all in. At one point, Thamara was close to taking her opponents back and almost passed Bia’s guard, who used her experience and extended her lead to 4-0 with a takedown , confirming the victory.

In one of the best fights of the night, Erich Munis and Victor Hugo, despite their size, was a match up of extreme movement, with both seeking to attack constantly. The Dream Art fighter opened a 4 to 2 points advantage, using the lapel guard well. The confrontation became even more intense towards the end. By the close, Munis made it 6 to 4, guaranteeing victory in his black belt debut. Victor Hugo again tastes defeated after 12 straight victories.

Anna defeats Amanda in the advantages

Right at the beginning of the opening fight, Anna Rodrigues pulled guard. The Dream Art athlete avoided the fight that Amanda Monteiro likes and went to work on the “spider guard”. On two occasions, Anna reached for the arm of the GFTeam athlete, but was unable to finish. Via advantages, Anna ended up winning her second match at BJJ Stars.

Otávio Sousa defeated Matheus Diniz by 3 – 0 in the advantages