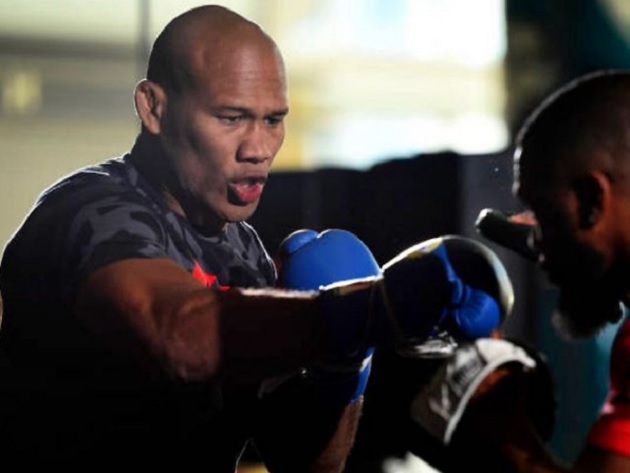 After a year without a fight, Jacaré will return on the 12th, against Holland (Photo reproduction Instagram @ronaldojacare)

After heavyweight Curtis Blaydes caught Covid-19 and was forced to withdraw from UFC Vegas 15 card, which took place last Saturday (28th), this time the disease hit Kevin Holland. Through his social networks, the fighter revealed that he is out of the main event at UFC Vegas 16, on December 5th, when he would have faced Jack Hermansson and that he expected a quick return to the octagon.

The return of the American middleweight, however, came only a few hours later. In a move to “save” UFC Vegas 16, the promotion shifted Marvin Vettori, who would of faced Ronaldo Jacaré at UFC 256, on December 12, to replace Kevin and face Hermansson. Thus, Holland – who still needs to test negative to have anything confirmed – was selected for the fight with Jacaré.

Currently fourth in the middleweight rankings, Hermansson comes from a first round knockout of Kelvin Gastelum in July. At 32, the Swede boasts a card of 21 wins and five losses. Five years younger, Italian Marvin Vettori is going through his best phase for the UFC, with three victories in a row. Vettori, it is worth mentioning, is a pupil of Brazilian coach Rafael Cordeiro at Kings MMA. The duo will be the main event at UFC Vegas 16, next Saturday, December 5th.

We got a new MW matchup headlining #UFCVegas16 ?

A meeting between recovered Covid-19 patients, will mark the fight between Ronaldo Jacaré and Kevin Holland. The Brazilian tested positive in May and already 100%, eagerly awaits a return to the octagon. Currently 40 years old, the Jiu-Jitsu black belt has 26 wins and eight losses through his career in MMA.

Jacaré’s new opponent, American Kevin Holland is going through the opposite situation. On the rise in the middleweight division, Kevin comes from four consecutive UFC victories, the last of which was in October. At 28, the “Trailblazer” would have done his first major fight, but now he is focused on recovering from the coronavirus.