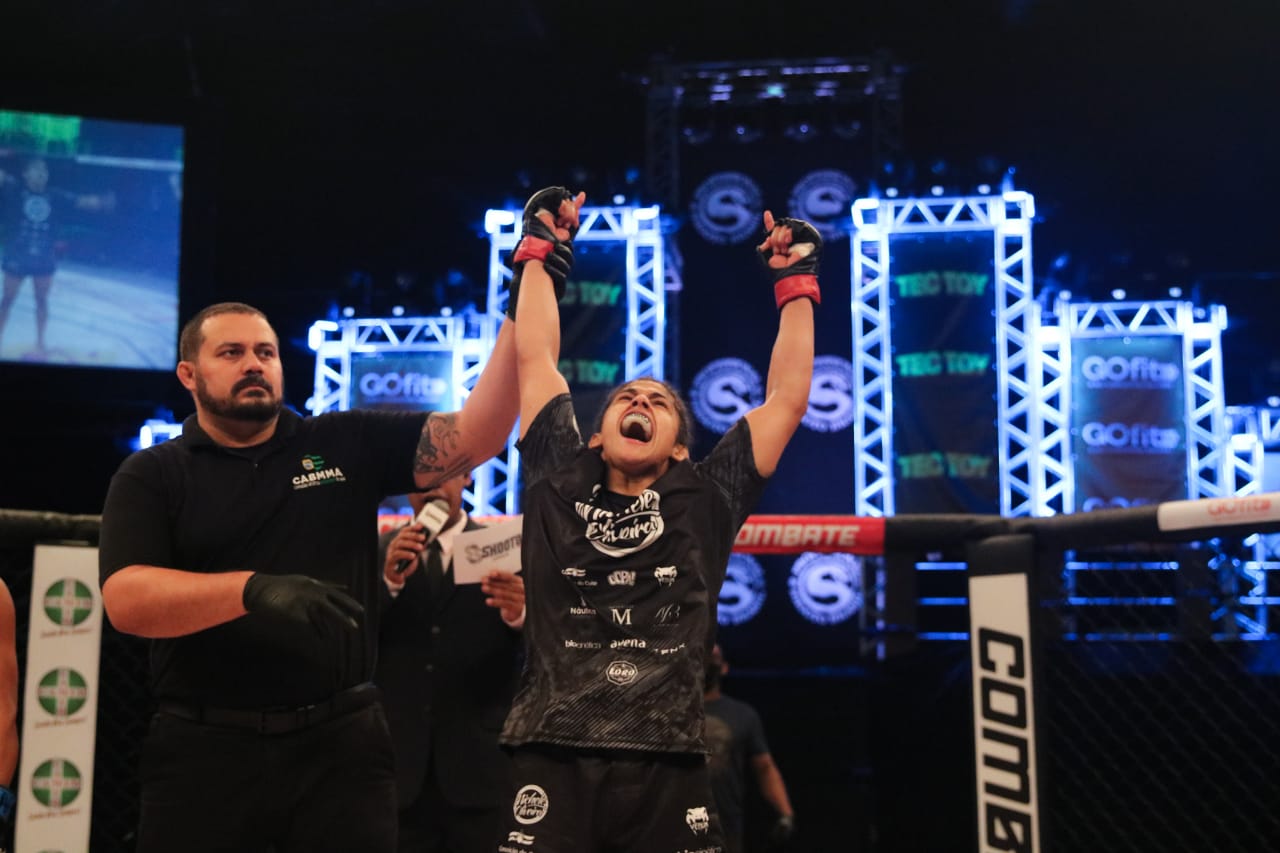 Two years after making her first professional MMA fight, Michele Oliveira returned to the cage in her Shooto Brasil debut on October 25th, when she participated in the 102nd edition of the promotion. The black belt showed she’s in a different category when it comes to Jiu-Jitsu, submitting Cláudia Alves with a rear naked choke in the first round. To TATAME, the Nova União athlete, who is also an ambassador for the “Lutadoras” project – dedicated to combating violence against women -, analyzed her triumph and the efficiency of her grappling game.

“Jiu-Jitsu was the first sport in my life and I am grateful for everything it provides me. When I go in a fight, I try to use what I do best, if it is necessary to use the stand up part, I will, but there is nothing better than having done my homework and using what I love most: Jiu-Jitsu. Many of my friends asked for longer fights, but when I get there I want to finish the fight as soon as possible ”, quoted the strawweight.

In recent years, Michele participated in the Abu Dhabi Grand Slam in Rio de Janeiro, but will not be present in the 2020 edition of the tournament. The fighter is in Bahia, assisting in Virna Jandiroba‘s camp to face Mackenzie Dern on December 12, at UFC 256. The black belt talked about this experience.

“I always say that if I could, I would fight Jiu-Jitsu and MMA, but you can’t have everything. Right now, at the invitation of Renato Velame and Virna Jandiroba, I came to help with their camp for the next fight in the UFC and, as a result, I won’t be in Rio to participate in the Grand Slam ”, she concluded.