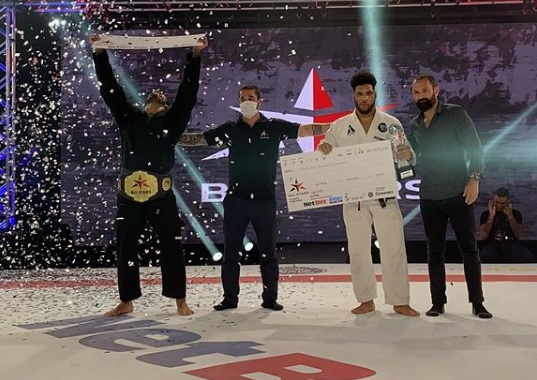 In the main fight at BJJ Stars 4, last Saturday (14th), multi-champion Leandro Lo confirmed why he was favorite (find out more) and defeated Isaque Bahiense after a ten-minute “war” to win the middleweight GP.

The final was an extremely eventful fight. Leandro Lo tried to pull guard on Isaque Bahiense, but the Dream Art fighter defended and responded with intensity. In the final seconds, Leandro tried a takedown and won an advantage. In the same move, Isaque was looking for his opponent’s neck, but failed. After drawing 0-0 on points, Lo won by a single advantage and won the Middleweight GP. This result also shows the “new phase” in the career Lo’s, who has claimed to be even more focused than ever.

See the highlight below: