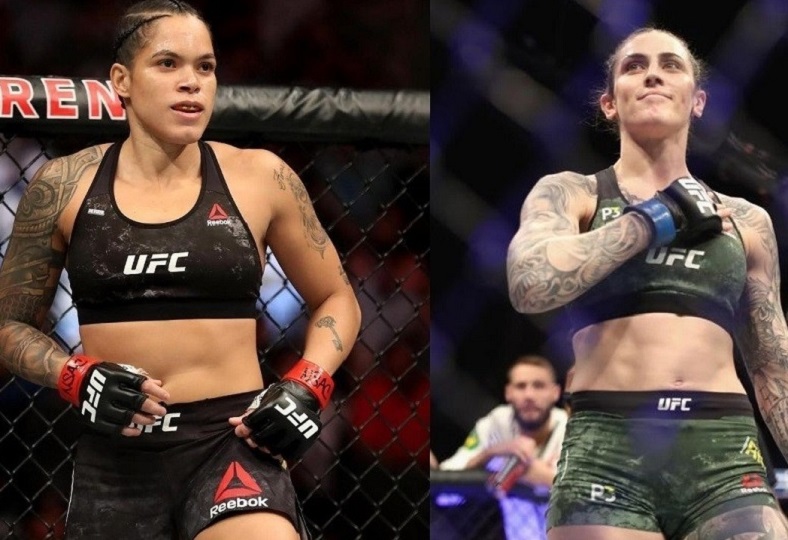 A few months after the birth of their daughter, Raegan Ann Nunes, the couple Amanda Nunes and Nina Ansaroff already have new challenges scheduled by the UFC set for 2021. The Brazilian, the current double champion at bantamweight and featherweight, will defend her featherweight belt against Megan Anderson on the UFC 259 card, which is scheduled for March 6th, location yet to be defined. Nina will see action a month later, precisely on April 10th, to face the hyped Mackenzie Dern, at an event that has not been set by the company. This information was confirmed by the American ESPN last Monday (21st).

The fight between Amanda and Megan, was initially, scheduled to happen in December this year, however, the “Lioness” had to leave the card due to “health issues” and the confrontation was scheduled for March. At 32 years old, the double champion will make her second title defense at featherweight. In her first defense, which took place in June, she got the better of Felicia Spencer by unanimous decision. Nunes is also the holder of the bantamweight belt, which she has already defended five times. The American Top Team athlete has not lost a fight since 2014 and has a sequence of 11 consecutive victories. On the other hand, Megan Anderson is the former featherweight champion of the Invicta FC and she is coming to this fight with two wins, the last in February, against Norma Dumont, by knockout in the first round.

Currently fifth place in the UFC strawweight rankings, Nina Ansaroff was on a roll with four consecutive wins, but on her last appearance, which took place in June 2019, the American was defeated by Tatiana Suarez. In search of rehabilitation, Ansaroff will face Mackenzie Dern, a fighter that is clearly evolving. Black belt in Jiu-Jitsu, the American naturalized Brazilian is the 11th in the division rankings and comes with three consecutive victories, the most recent in December, against Virna Jandiroba.

2021 will also start with challenges for Alex Cowboy and Santiago Ponzinibbio for the largest MMA promotion in the world. The Brazilian will face Randy Brown on February 27th, while Ponzinibbio will fight Li Jingliang on January 16 . The information was confirmed by the websites “Combate” and “MMA Fighting”, respectively.

After recovering from health problems that kept him out of the octagon for more than two years, Santiago Ponzinibbio is back in action for the UFC. At 34, the Argentine has been on a seven fight victories streak, the last over Neil Magny, in November 2018, via knockout in the fourth round. Two years younger than Santiago, Li Jingliang was on a  three fight streak, but loss to Neil Magny in March this year, by unanimous decision.