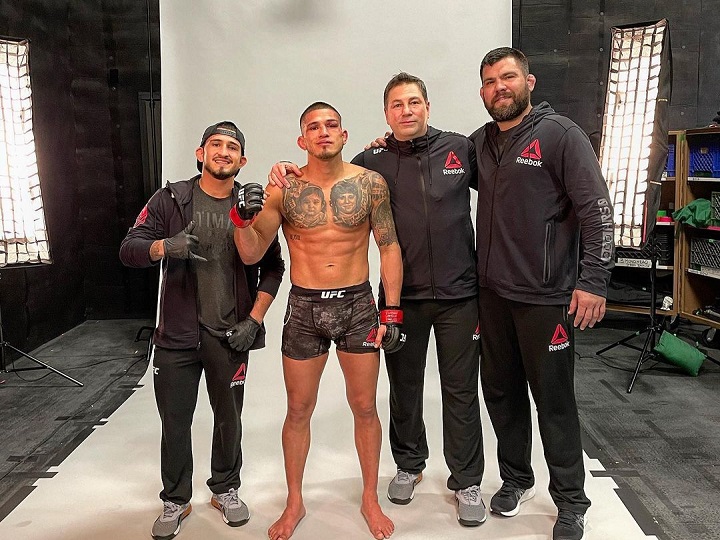 Anthony Pettis announced he is leaving the UFC, where he has been since 2011 (Photo: Reproduction / Instagram / @ showtimepettis)

In a year marked by the departure of Anderson Silva and Yoel Romero from the UFC, another big name in MMA confirmed that he is leaving the promotion. The former lightweight champion, Anthony Pettis confirmed last Tuesday (22nd), through his social media, that his contract with the company has ended and that, from now on, he will test the market as an agent free. It is worth mentioning that his brother, Sergio Pettis, did the same last year and is currently at Bellator.

Pettis, now 33, last took action on Saturday (19th), in the UFC Vegas 17 card, defeating Alex Morono by unanimous decision, scoring his second consecutive victory. However, it was the last fight on his contract and the American decided not to extend his relationship with the UFC. Through a post on Twitter, he confirmed his departure: “After 12 years, I decided to split from the UFC and explore the free agent market ”, he wrote, with a  reference to when he fought for the extinct WEC.

After 12 years I’ve decided to part ways with the UFC to explore free agency.

With a record of 24 wins and 10 losses in all of MMA, Anthony Pettis gained prominence for his beautiful knockouts. Also for winning the WEC lightweight belt in 2010, beating Ben Henderson by unanimous decision, in a fight that will be remembered for “Showtime Kick”, a strike in which he uses the cage to preform a beautiful jump kick, which landed cleanly. The strike was etched in the history of the sport and, until today, it is talked about when mentioning the great moments in MMA.

In 2011, Pettis made his debut for the UFC and, two years later, won the promotion’s lightweight title by defeating Ben Henderson again, this time via submission in the first round. The American then defended his belt once, against Gilbert Melendez – also via submission -, but lost the position of champion in 2015, when he was surprised by Rafael dos Anjos. In the years since, “Showtime” has had an irregular MMA record. Since 2016, he has seven defeats and against six victories.

Along with the publications on his social media, “Showtime” released a letter, in which he expresses his thanks to Dana White, president of UFC, and the other employees. The fighter recalled the titles won at WEC and UFC, in addition to expressing his gratitude to MMA fans. Finally, the fighter stresses that the departure of Ultimate does not represent the end of his MMA career.

Check out the note below:

“Almost 12 years with this company and so many incredible memories. From winning my first world title, at 23, to becoming UFC world champion at 26, in my hometown. From being on MTV to the cover of Box Wheaties, I am eternally grateful for everything I experienced and accomplished with this company !!!

Dana (White) – thanks for everything you did for me. I was just a kid from the south side of Milwaukee, Wisconsin, with a big dream. You helped me make this dream a reality. THANKS!!!

Lorenzo and Frank Fertitta, Reed Harris, Sean Shelby, Dave Sholler and Burt Watson, you have helped me and impacted my life and career in countless ways. I will be forever grateful. Everyone at PI, you helped take my game to the next level! To everyone who works behind the scenes, I am very grateful for your tireless work, especially on the road, that you have no idea how much you are esteemed. Thanks!!!

Last and most importantly, UFC fans… thanks !!! You gave me energy in each fight. I hope I could say that ANYTHING is possible. I am excited about my future in this sport. I promise I’m not done.

From the bottom of my heart, thank you all,