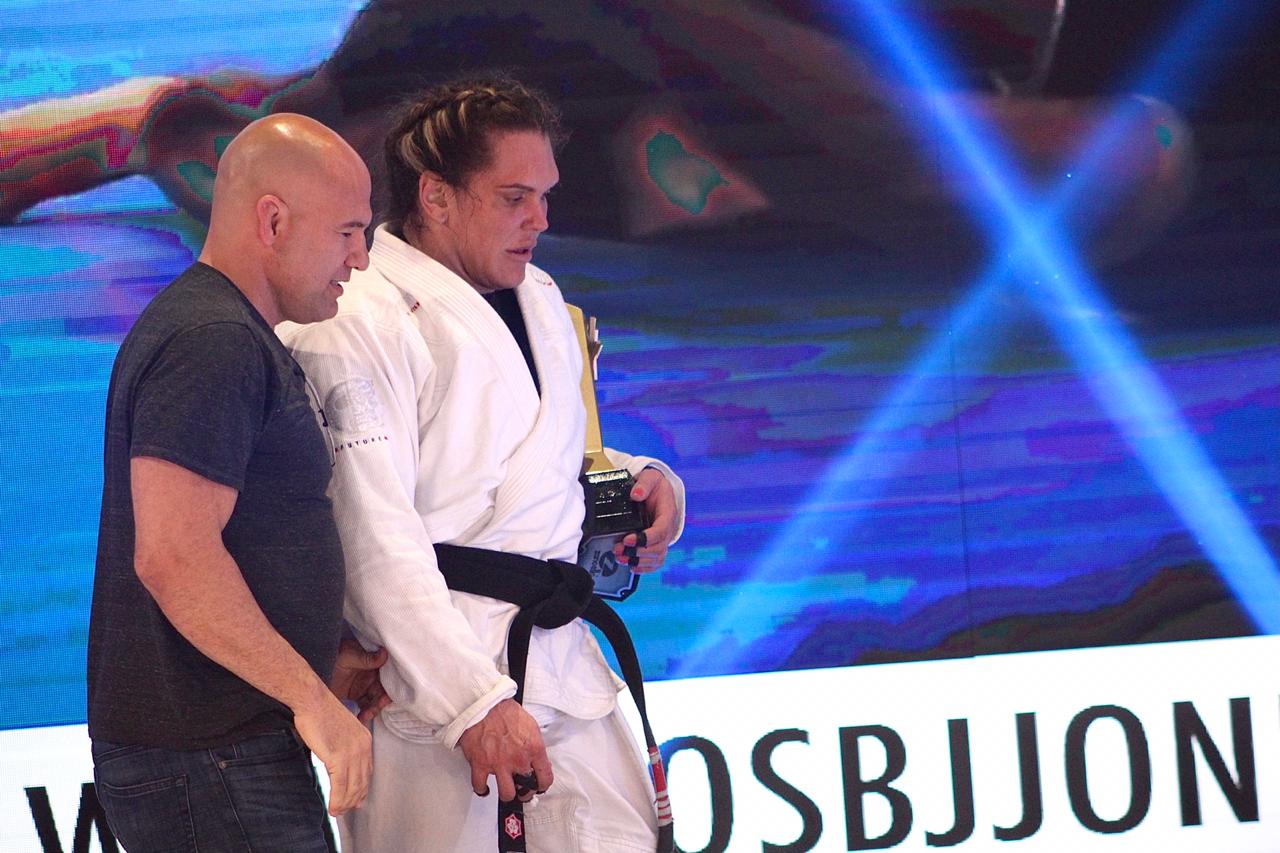 * Last month in November, Gabi Garcia, one of the greatest fighters in the history of Jiu-Jitsu, participated in a super fight at BJJ Stars 4 and defeated Cláudia do Val by 11 to 0 on points. The fight brought the black belt again to São Paulo, her home state. She is currently living in California (USA), as the the Alliance fighter has more commitments in the United States and Japan, when she fights MMA.

The coach is responsible for the construction of Gabi’s game, the Red and Black Belt, Fábio Gurgel gave his opinion, on the multi-champion’s career. Alliance’s “General” stated that the fighter, through much effort, has won on and off the mats.

“From the ugly duckling in the sport, which everyone cheered against, to the biggest winner in women’s Jiu-Jitsu. She’s been victorious in Jiu-Jitsu, at ADCC, in MMA and everything she competed in. Always putting in good effort, she is very dedicated in her own way. It was  great to have Gabi fighting in São Paulo again, people did not think this would happen ”, said Gurgel, who continued:

“There is a way (for women’s Jiu-Jits). They don’t have to keep comparing to the men, you don’t need any of that. You have to do your job, you will always be rewarded for that job. Gabi is the proof. She has a gym in California (USA) and in less than a year she has more than 200 students, and a pandemic year. She is the example that everything is possible ”, concluded Gurgel to TATAME.

Check out the full interview below: