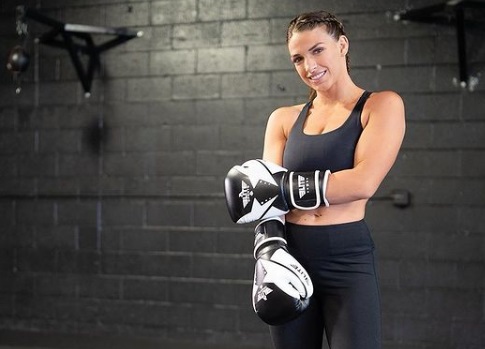 * Mackenzie Dern will participate in a third fight in seven months for the UFC. The multi Jiu-Jitsu champion in will face Virna Jandiroba at UFC 256, in a strawweight fight. Speaking to TATAME, the fighter said she chose to do another fight in 2020, for fear of a new lockdown due to the increase in cases and deaths in the United States from coronavirus.

This Saturdays (12th) appointment, at the UFC headquarters in Las Vegas (USA), Mackenzie Dern will face an opponent who also has Jiu-Jitsu as her main weapon. The fighter believes that it is “inevitable” that the fight with Virna will be taking place on the ground.

“She fights with pressure. She doesn’t lose a lot of positions, she’s focused. She wants you to get to the more comfortable positions, but I’m not going to take that bait. I don’t want her in very good positions, the fight will be really cool. I think it will end up on the ground (the fight), but nobody wants to hold the weight of the other on the ground while we are fresh and strong early in the fight. So, we will try to intimidate using our striking, to hurt, tire and then, it is inevitable that the fight goes to the ground. Our strengths and weaknesses are the same ”, she analyzed.

Check out other excerpts from the interview with Mackenzie Dern:

He came to California and will stay with me (in Las Vegas). During the week, we train a lot. We train specific positions on the floor to improve my game. We don’t train very focused on the opponent. What we do with Jiu-Jitsu, is for me to be as complete and as dangerous as possible.

– Evolution of striking for this fight

I, even when sparring, always look for the knock out blow. My strength is the ground, but today I am more confident in taking a punch and also punching. I’m more comfortable. My desire to take the fight to the ground has passed, now I have time to to work on things correctly. I’m initiating my takedowns better and as a result they become easier. I never liked training Wrestling, which has always been boring for me. Then, through good striking on the feet, I am able to find loopholes for the take down.

– Goals for the next year

Lightweight: Tony Ferguson vs. Charles of the Bronx