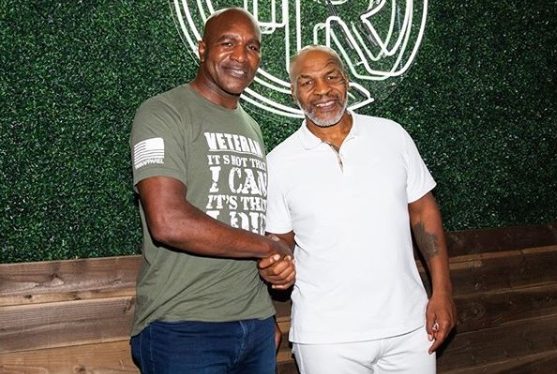 After 15 years away from the ring, Mike Tyson returned last Saturday (28th), in an “exhibition fight” against Roy Jones Jr that ended in a draw. But at age 54, “Iron Mike” wants more in 2021. The performance from the former heavyweight champion surprised fans, who were already had high expectations.

Tyson’s goal now is to stay active and, according to him, improve further for his next performance. In a conversation with the press, Tyson stated that he would like to fight Evander Holyfield and go for the trilogy. However, the American said that Holyfield’s agents did not cooperate with the negotiations.

“Maybe, Evander needs to talk to me, because every time my agents talk to his agents, it doesn’t end well. So, I don’t know. If you see what we did tonight (fight against Roy Jones Jr), if these agents really cared about Evander’s well-being, they would have already done this fight, ”he said.

On Tuesday (1st), after Tyson’s statement, Holyfield came out in defense of his agents and said that the negotiation story was not as “Iron Mike” had mentioned: “My side tried to make the fight happen and all we heard were nothing but apologies. Now I can see why, he wanted an adjustment fight before he even thinks about fighting me. There are no more excuses. This is the fight that must happen for both legacies. Saturday night you said you were ready to fight me, so sign the contract and get in the ring, Tyson. The world is waiting and now it depends on you. I’m ready ”, said the former champion, who turned 58 years old.

In both meetings, Holyfied ended up the winner. In 1997, Tyson was disqualified after biting off part of his compatriot’s ear. In the first fight, in 1996, Evander won by knockout.