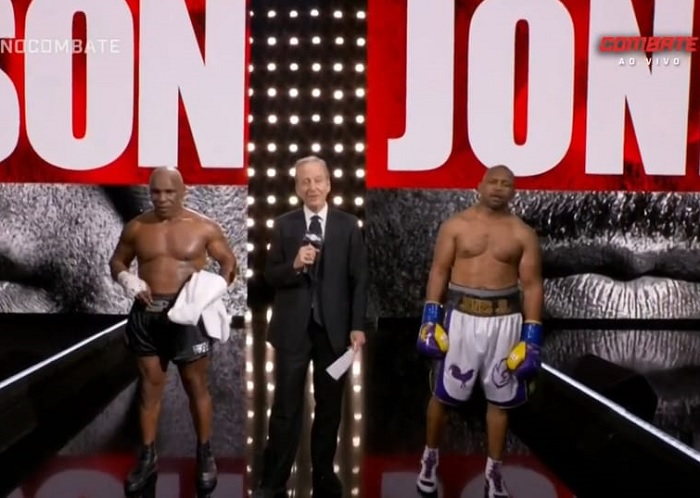 Mike Tyson was better on the night, but the fight against Roy Jones Jr ended in a draw (Photo reproduction Combat)

The global coronavirus pandemic affected throughout the year 2020 the development of everyday life in most parts of the world, including sporting events in general, such as Boxing. However, in the second semester, based on the preventive measures applied by different governments, several activities resumed.

Among betting houses in Brazil, Boxing is one of the favorite sports, due to unexpected endings. Below, we briefly detail some of the main news related to Noble Art over the last week.

The long awaited fight between Mike Tyson and Roy Jones Jr – two Boxing legends -, was held on Saturday (28th), in Los Angeles. Showing an incredible physical vigor, the former heavyweight champion, back in the ring after 15 years, brought it to Jones Jr. in a fight that had “more or less” an exhibition feel and therefore, ended tied.

Former world champion Daniel Jacobs defeated the challenger Gabriel Rosado in the main event of the Matchroom Boxing event, in Florida (USA). Although the two fighters tried to intimidate each other before the fight, the battle itself was very contained. Rosado tried to close the distance, but was no match for Jacobs, who came out the winner, after a great performance.

The fight for the IBF (International Boxing Federation) world middleweight title is scheduled for December 18th, in Florida (USA). According to the opinion of most fans and experts, it will be necessary for Gennady Golovkin to be careful against Kamil Szeremeta, who remains undefeated after 21 matches.

Thai Wanheng Menayothin, lost his unbeaten record after 54 fights in defending his WBC (World Boxing Council) strawweight belt. The veteran faced Panya Pradabsri, but was eventually overcome by unanimous decision. The curiosity is the fact that Menayothin, until then champion, had already decided to retire from the sport, but was convinced to make  one last title defense.

Former world middleweight champion Julio César Chávez Jr won his first professional victory in 15 months after defeating Ecuadorian Jeyson Minda. Chávez Jr led the fight against Minda in the second, third and fourth rounds. Julio started receiving some blows from the Ecuadorian, who replaced Argentine Nicolás Masseroni at the last minute, but soon regained control of the fight and won.