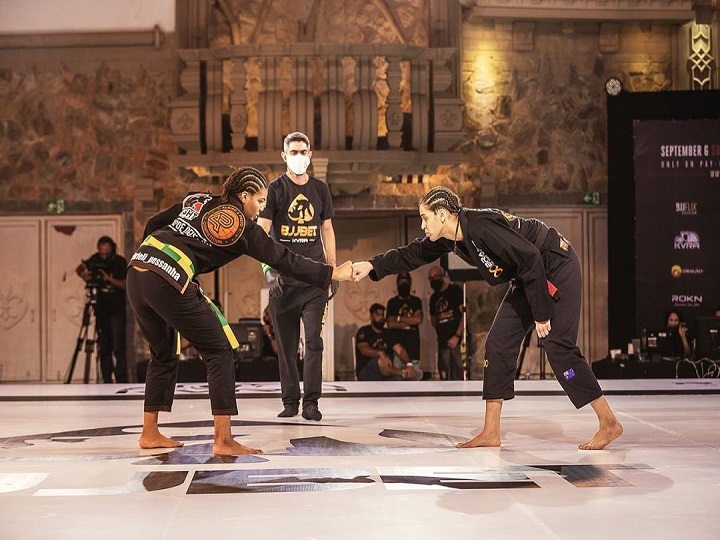 September 2020 marked the birth of BJJBET, with a card full of Jiu-Jitsu stars. The organization adopted a  structure that ensure maximum comfort for everyone involved. While the details for their second edition have not been revealed, the promotion will stir-up social media, with a backstage documentary based on the inaugural event.

The first episode of the series, which is available on BJJBET’s YouTube channel, is focused on the fight between Gabi Pessanha and Yara Soares – the only female fight in the event. The victory went to Gabi, the Infight / MD fighter.

William Carmona, one of the creators of the event, commented that, seeing the material produced before, during and after the card, allowed the promotion to assemble a short online series for digital platforms. Other episodes, will show backstage for other fights from the first BJJBET card.

“The fight between the women was one of the best in the event and the individual history of each athletes is very emotional, so we had no doubt that they would be the first episode. It is impossible not to be moved. Since the emergence of BJJBET, the only certainty we have is: we must show the valeu of our athletes. Seeing their testimony, interviews and listening to all of you from the MMA media, we feel that the goal was achieved by our team ”, commented William Carmona in a statement to TATAME.