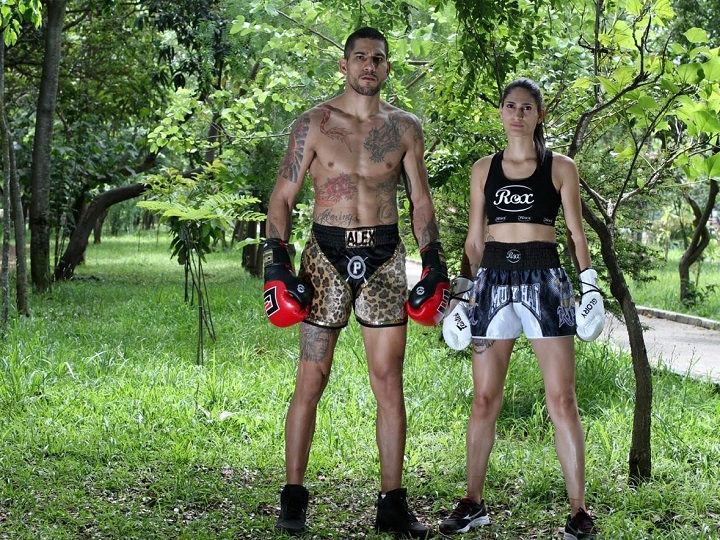 GLORY 77 will kick off the promotions 2021 season on January 30th in Rotterdam, Netherlands, with a stellar card and four title challenges on the same night. Brazilian participation will come from siblings Alex Poatan and Aline Pereira. Alex willl compete at light heavyweight (up to 94kg) and Aline at super-bantamweight (up to 55.6kg), against Artem Vakhitov (Russia) and Tiffany VanSoest (USA), respectively.

Current middleweight champion (up to 84kg) and interim light heavyweight champion, Poatan is the first kickboxer in the promotion’s history to hold two belts from different weight classes, simultaneously. This unification fight, of the light heavyweight title against Vakhitov, is one of the most anticipated stylistic clashes in recent years.

“He (Vakhitov) suffered a lot of criticism in the last performances and said that he had problems with injuries that made him change his way of fighting. I hope he is 100% noa and will come in his best possible shape, so that in the end, regardless of the result, we can say we left everything in the ring. No excuses, ”said Alex.

“We both like to impose a lot of pressure, but technically we are different. I’m not like most of the guys he faced, who have a Dutch Kickboxing style. I will not stand with my guard up, absorbing strikes. Well thought movement will be key to success. I have a few things that will be dynamic and reinforce my power naturally ”, he analyzed.

Coming from two consecutive victories, Aline Pereira will face VanSoest, who is one of GLORY’s most experienced fighters. Champion for the first time in 2016, she regained the title last year and will do her first defense: “I have been preparing for this challenge for a long time. Tiffany’s greater experience is something to be taken into account, but it does not scare me. I have an advantage in reach and we have been working and hope this will be the difference, against the volume of strikes she always executes ”, said the Brazilian, who also highlighted her excellent preparation.

The main attraction at GLORY 77 will be the trilogy between heavyweight champion Rico Verhoeven (Netherlands) and the Moroccan giant Jamal Ben Saddik, in a long-awaited fight. The predictions, point to a second victory for the Dutch fighter, who will seek the his 13th title defense. The fourth title fight of the night will be at welterweight (up to 77kg). French-Cameroonian champion Cedric Doumbé will also fight in a trilogy against Dutchman Murthel Groenhart, who holds the interim belt. The meeting will decree the new chapter of the greatest rivalry in the division.