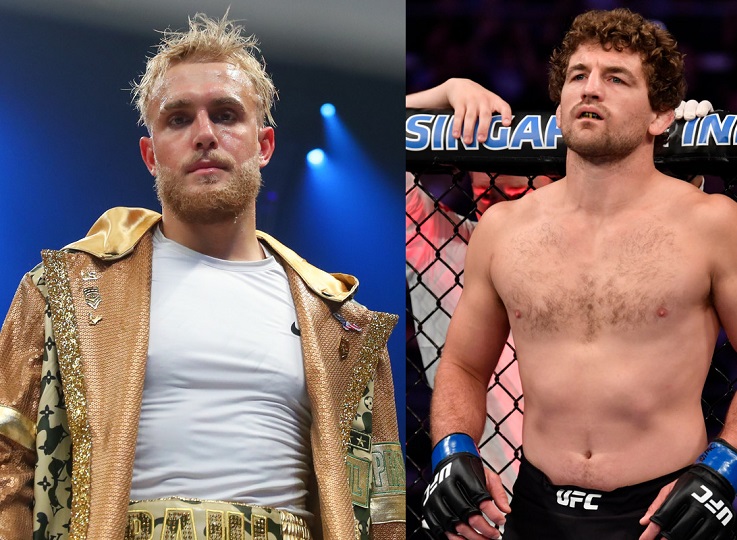 Fights involving MMA / Boxing athletes facing YouTube celebrities are on the rise. According to information provided by ESPN last Tuesday (26th), YouTuber Jake Paul has a date for his next Boxing commitment. In an eight round fight, facing ex-UFC fighter Ben Askren, on April 17th. It is worth mentioning that Jake’s brother, Logan Paul, will face Floyd Mayweather, on February 20th.

The confrontation, which will be promoted by Triller Fight Club, has so far, not revealed any of the fight rules, but it is worth mentioning that it will be Askren’s debut in boxing, as well as the first time Jake faces a professional fighter. Through social media, Jake Paul – who has not made many friends in the MMA world – has already started to promote the fight and was not shy with his comments.

“(Ben) Askren finally accepted the fight. He is twice the NCAA champion, world champion in two different MMA promotions and has less losses in his record than Conor Mcgregor. Still, I will knock him out faster than (Jorge) Masvidal. Some MMA guys think they know how to box, because they punch. I shocked the world when I knocked out an NBA superstar, but some people still complained that he is not a real fighter. So, now I’m giving people what they want, facing a real fighter. After adding Ben to my knockout meme collection, what can anybody say? Triller Fight Club. April 17th. 82 days. The countdown starts now. Be ready, ”wrote Paul.

Venturing into the fighting world, just like his brother, Jake Paul has had so far, two boxing fights, winning both by knockout. The American is also known for a touch list of guys that dislike him, accumulated recently. Names like Vitor Belfort, Henry Cejudo, Mike Perry and even Claressa Shields have challenged the YouTuber, during which time he has launched a series of challenges to: Conor McGregor, Nate Diaz, Michael Bisping, Dillon Danis and Ben Askren. The last of which has finally agreed to book a fight.

On the other hand, Ben Askren has a winning record in MMA, where he was champion at Bellator and also at ONE Championship. Currently 36, the American has been retired from the sport since 2019, but before that, he had a brief stint at UFC. For the promotion, he debuted with victory against Robbie Lawler, but later he was knocked out by Jorge Masvidal in just five seconds and, in his last appearance, was submitted by the Demian Maia.