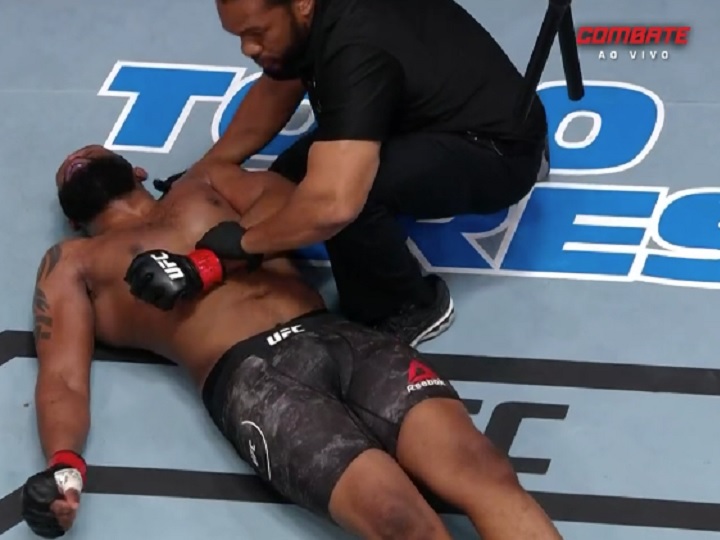 In action in the main fight of UFC Vegas 19, held last Saturday (20), in Las Vegas (USA), Derrick Lewis had no great difficulties in beating Curtis Blaydes via knockout in the second round. By landing a powerful right uppercut, Lewis saw his opponent fall practically unconscious, but still connected two more strokes with Blaydes on the ground, until referee Herb Dean, interrupted the matchup, declaring his victory.

In the post-fight press conference, “Black Beast”, who scored his fourth consecutive victory for the UFC, said that Curtis Blaydes’ coaches questioned the fact that, he had taken more shots than necessary. Derrick shoved the responsibility on the referee, implying that it took Herb Dean a long time to intervene.

“I just can’t turn the switch off like that. I know some fighters can do it, but I can’t. I have to wait until the referee takes me off them, because you never know what can happen. Anything can happen,” he ended.

Fourth in the UFC heavyweight division, Derrick Lewis came closer to a future title fight with this victory over Curtis Blaydes. Currently 36, the fighter has already fought for the 120kg title in 2018, in the main event of UFC 230, where he ended up submitted by Daniel Cormier – then champion – in the second round.