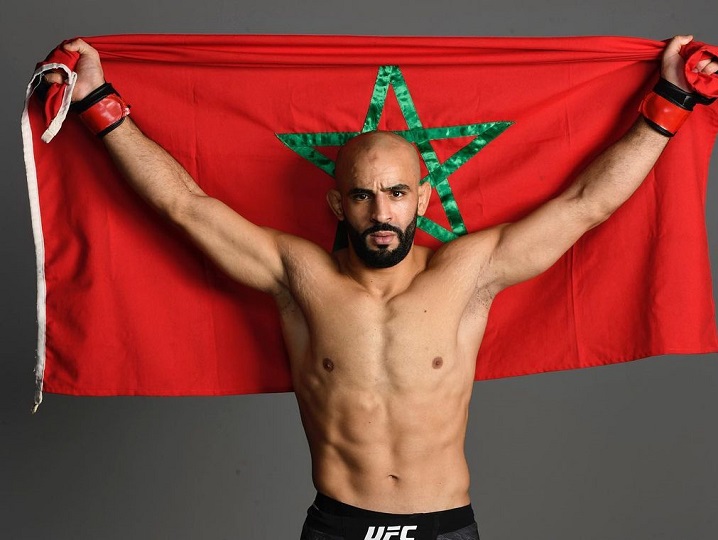 Undefeated in MMA, Ottman Azaitar will come back to the UFC (Photo: Promotion/UFC)

Dana White has decided to give a second chance to Ottman Azaitar. The lightweight broke COVID-19 protocols on Fight Island. It happened in the week of UFC 257, in January, and at that time White said the fighter would be released from contract.

However, now the UFC confirmed that Azaitar will remain under contract. White told ESPN.com Azaitar will get a second chance. Ottman Azaitar celebrated on social media after receiving the good news.

“Surround yourself with great people. I’m always grateful to everyone who was involved in this situation. The Bulldozer is back,” Azaitar wrote on Instagram.

Ottman Azaitar, a Moroccan-German athlete, has come into contact with an individual outside the UFC’s bubble in Yas Island, Abu Dhabi. According to the UFC, security witnessed the unauthorized guest sneak his way into the hotel and make his way to Azaitar’s room.

Currently, Azaitar (30) has an undefeated card in MMA, with 13 victories. The fighter is part of the UFC since 2019 and he has fought two times so far. He has beaten Teemu Packalen and Khama Worthy, both by KO in the 1st round.