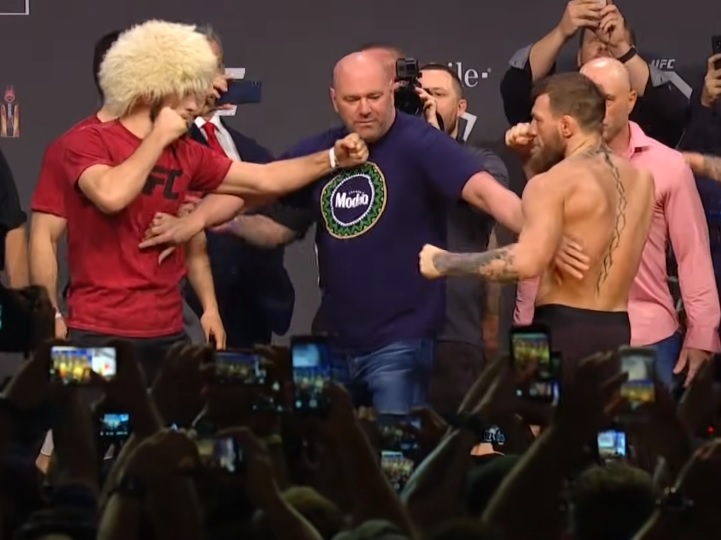 Conor McGregor (32) is not in the best moment of his career. With only three fights since 2018, the Irish lost two of the three last fights. The most recent loss was to Dustin Poirier, in January. It is a different scenario from his good old times when he had both featherweight and lightweight belts besides nine wins in 10 bouts in the UFC.

After losing to Poirier by knockout and without knowing his next opponent, “The Notorious” is being questioned about his career in MMA. Khabib Nurmagomedov who is McGregor’s rival and current lightweight champion said the Irish is not going to reach another peak in his career.

“Never. There is no way that a man can be at the peak two times,” Khabib said during an interview with ACA fighter Magomed Ismailov. “I’m not talking about (McGregor). What I mean is, a man can’t have two primes. A team could do it. For instance, Real Madrid did this a few times in a row.”

It is good to remember that Khabib Nurmagomedov and Conor McGregor represent one of the biggest rivalries of MMA. They fought in 2018, in the main event of UFC 229, when the Russian won via submission in the 4th round.