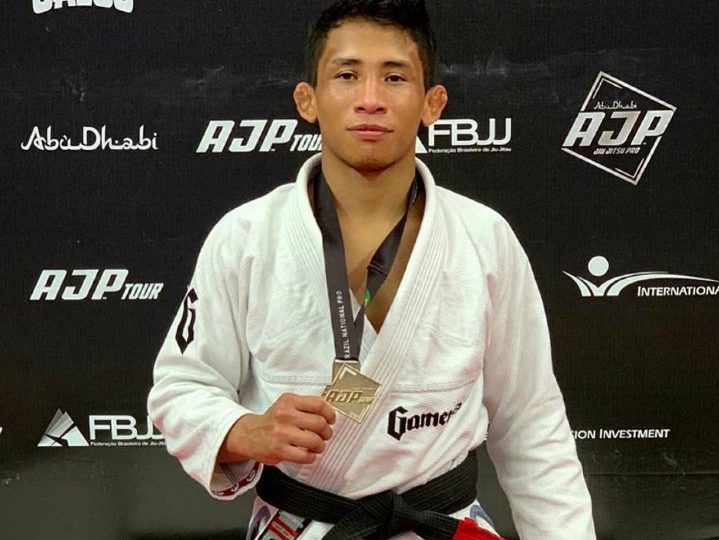 Atos Jiu-Jitsu athlete traveled from San Diego to Curitiba and conquered the gold medal in the first tournament of the year (Photo: private archive)

Current Pan American BJJ Champion, Lucas Pinheiro participated in his first 2021 tournament. The Atos black-belt athlete started off the season with a golden medal in the Brazil National Pro, promoted by AJP Tour in Curitiba. To participate in the tournament, Lucas traveled almost 10,000 kilometers from San Diego to Brazil, but it was worthwhile.

“I’m glad to start off on the right foot. I think it did well in the competition. I fought two times. The first was against the 2019 Pan American Champion, who is also an Atos athlete and the second against a GFTeam athlete. I won both by points. The rules of the AJP Tour are a little different. I am not used to fighting for five minutes, so this tournament was a huge challenge. There are only some superfights happening in the USA and some Open Tournaments I fought and won several times. I am going to fight the Spyder BJJ, which will happen on March 6th, but it has been cancelled three times already. I have also scheduled in March the F2W but things are unstable. All of them end up being cancelled or rescheduled. It is not like that in Brazil”, explained Pinheiro.

With the pandemic, Lucas is not sure about the main BJJ tournaments, so he takes all the chances that he can. “I have a seminar in California this weekend, in March the F2W and the Spyder, and I was invited to fight in another country but it hasn’t been confirmed yet. I intend to fight more times in AJP/UAEJJF tournaments”.