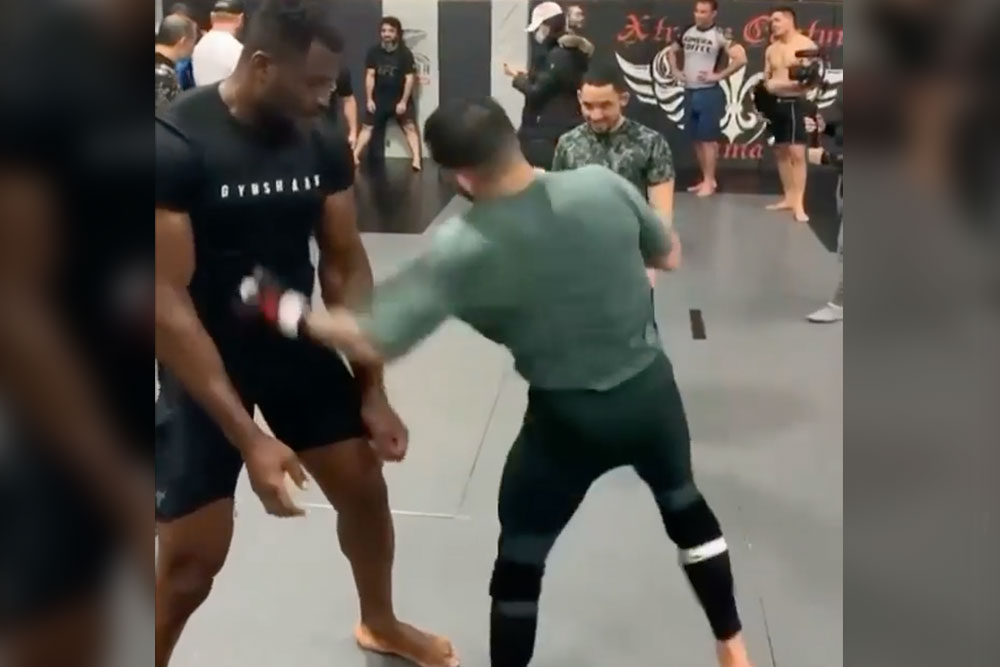 Preparing for his heavyweight title fight at UFC 260, in March, versus champion Stipe Miocic, Francis Ngannou is training hard at Xtreme Couture. In a video posted on social media, featherweight Dan Ige, who is also a UFC fighter, throws four powerful punches to the heavyweight’s abdomen, which he absorbs and barely moves.