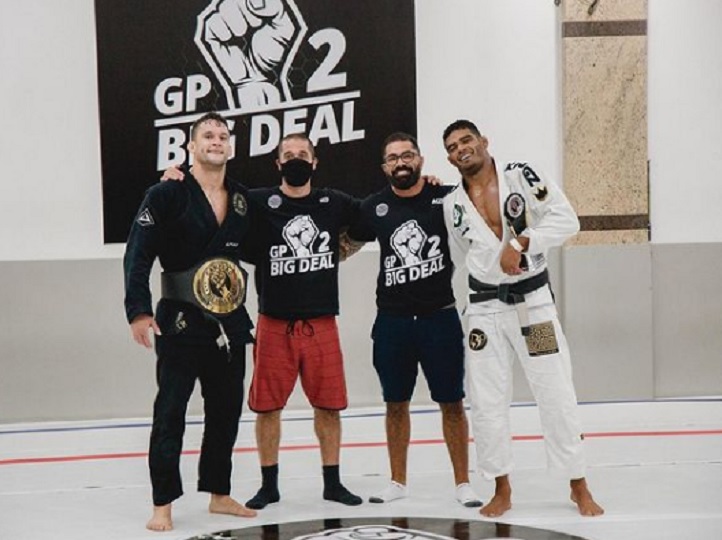 In Balneário Camboriú, Santa Catarina, broadcasted via YouTube (watch it here), Big Deal Pro 2 gathered big names of Jiu-Jitsu in Brazil. The event featured also a middleweight GP for men, an under 70kg GP for women and four exciting superfights, with highlights such as the win of Rider Zuchi over Fabio Kamikase via submission.

In the other superfights, Mauricio Oliveira, Alex Munis and Wellington Alemão beat Servio Tulio, Henrique Ceconi and Rafael Paganini, respectively. In the men’s GP, Matheus Spirandeli was the champion. In order to win the title, Alliance’s athlete defeated Eduardo Andrade, Léo Lara and, in the final, Marcos Petcho.

In the women’s GP, Sábatha Lais (Ryan Gracie Team) was the winner. She fought three bouts to get the gold medal, overcoming Victoria Ulrich, Luciane Antunes and, in the referee’s decision, Dulce Rosenthal (who was elected the best of the event). Also, Spirandeli and Sábatha Lais guaranteed a place in the next BJJ Stars.