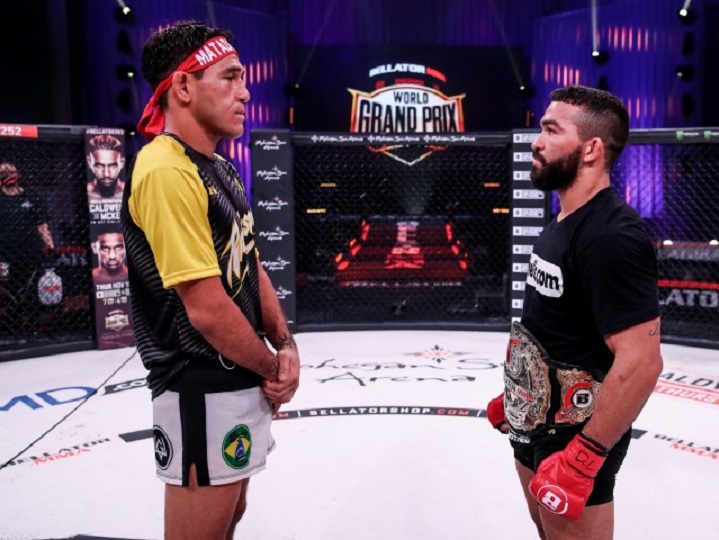 After KOing Pedro Carvalho in the Bellator featherweight GP quarterfinals, in November 2020, Patrício Pitbull already knew who would be his opponent in the semifinals, but didn’t know the day it would be. Last week, it was announced that the fight against Emmanuel Sanchez will happen on April 2nd, in Connecticut, USA. Now, the champion knows what he wants in the fight against the American.

“I want to finish what I have started. He lasted until the referees decision, but this time I’m going to knock him out. I’ve been in a camp for this fight since my last fight. So, it is all going according the planning,” stated Pitbull.

Ths first fight happened in 2018, the Brazilian won by referees decision, but this time he wants the KO. Patrício Pitbull says he was sick at that time. Now, he claims to be 100%. Both athletes are at their peaks, but the Brazilian believes the bout won’t be as hard as it was in 2018.

“It depends on many factors. If everything goes OK, it won’t be hard. Last time I was sick and left the fight straight to the hospital. I had problems with the food and the weight loss. In the USA everything is different. So, this time being 100% well this is going to reflect in the end result. He’s better and so am I. He’s going to feel the weight of my hands,” said the champ.