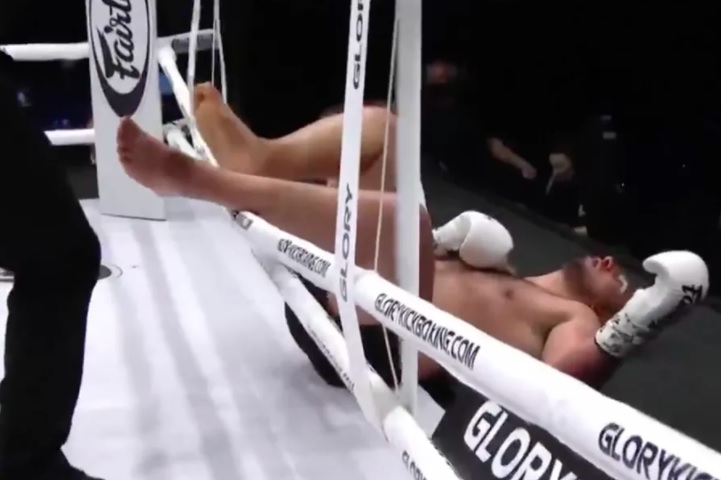 Martin Pacas knocked out his opponent over the ring ropes (Photo: Reproduction / Glory)

Held last Saturday (30th), in Rotterdam (NL), GLORY 77 featured particular knockout that caught the attention of Kickboxing fans around the world. Martin Pacas and Muhammed Balli met forces at heavyweight. Pacas, who was more efficient with his striking, ended up taking the victory. The win came after a beautiful high kick, followed by some devastating punches, which rocked Balli and caused him to fall through the ring’s protective ropes.

HE KNOCKED HIM OUT OF THE RING!#martinpacas with a STATEMENT in his GLORY debut.