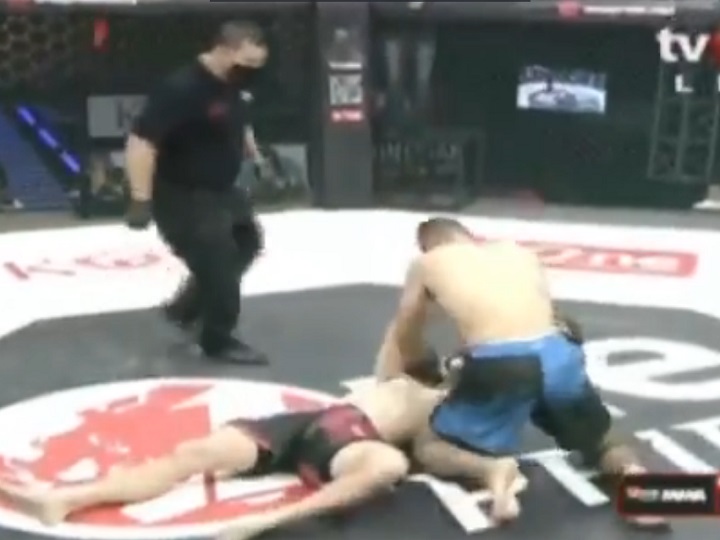 A crazy fight happened in ONE Pride MMA – it is not part of the famous ONE Championship or PRIDE – in Indonesia. Alex Munster and Rudy Gunawan were fighting in the middleweight division. Two minutes into the second round, both athletes were exhausted and went insane in a “zombie mode”.

After almost being knocked out, Munster went for the mount and then the ground and pound. He beat Gunawan after the referee stopped the fight. That was Alex’ sixth win in seven fights. Rudy lost for the second time in 11 fights.

Check out video below:

Ok everyone needs to witness this 2nd round between Rudy Gunawan and Alex Munster. The Kimbo vs. Dada 5000 of Indonesia. pic.twitter.com/SQBC6x6gmd