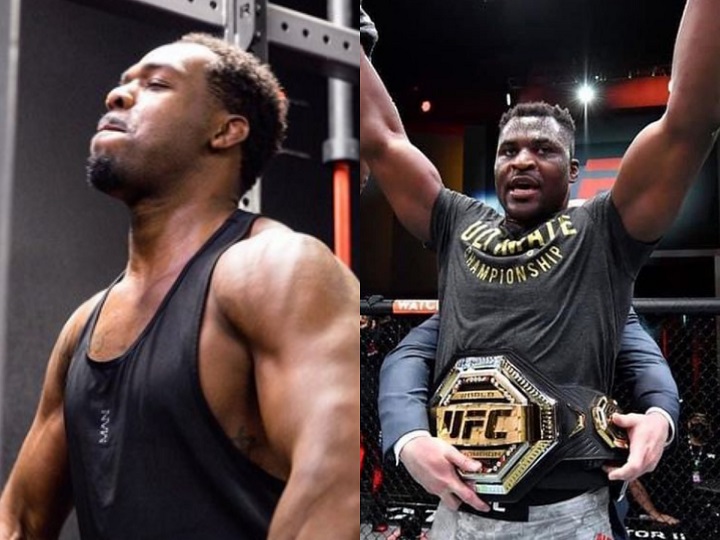 Former UFC light heavyweight Jon Jones posted on social media, last Saturday (26), he would face Francis Ngannou if only he was paid enough money to do so. Bones’ statement wasn’t well received by Dana White. White said Jones should drop to middleweight. That sounded like Jones would avoid fighting against Ngannou, who had just won the heavyweight title after beating Stipe Miocic.

However, Daniel Cormier doesn’t agree with White. Unexpectedly, the former UFC double champion defended his biggest rival and, in an interview with ESPN.com, stated Jon Jones wasn’t afraid of Francis Ngannou and any other fighter. Besides, “DC” believes the fight between the Cameroonian and the American will happen in the near future.

“I believe it will happen (Francis Ngannou vs Jon Jones), but let me tell you something. Jon Jones, for everything that’s between us, is not afraid of Francis Ngannou. This is absurd that people think that – he’s not afraid, bro. Let’s not be crazy here,” Cormier stated.

“Here’s where you start to play the game if you’re Dana and Jones, Jones wants his money, Dana has to show that he has options. That’s all that’s happening. High-level negotiations is what’s going on right now. But, make no mistake about it, Jones believes that he’ll beat Francis Ngannou, as any great champion would believe that they would beat him. Jon Jones is one of the most talented guys that I’ve ever seen inside the octagon, and if you have to find someone that can piece together a way to solve that puzzle (Ngannou), it’s Jon Jones,” Cormier said.