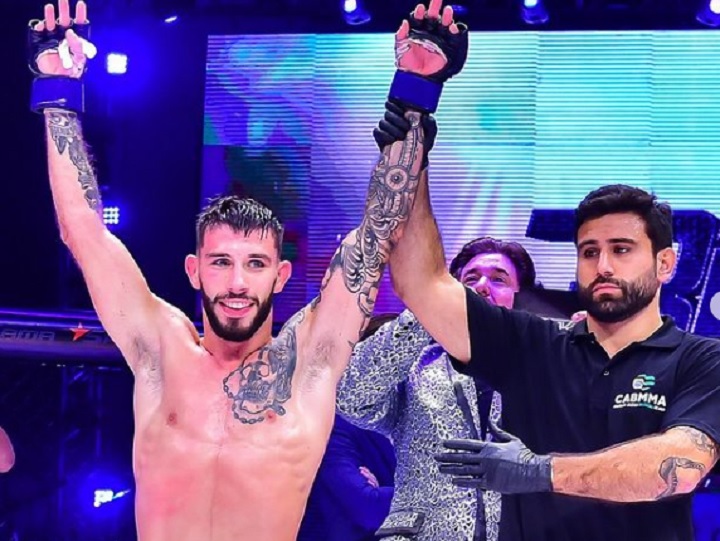 * More experienced, the 28-year-old fighter Matheus Nicolau is ready to return to the UFC. After his first time, between 2015 and 2018, the Brazilian athlete returns on Saturday (13), at UFC Vegas 21, in Las Vegas (USA), facing Manel Kape – former Rizin FF bantamweight champion – in the main event. The fight will be in the flyweight division.

With 15 wins, 2 losses and 1 no-contest, Nicolau fought two times while away from the UFC in the Future MMA and BRAVE Combat Federation. First, he would face Tagir Ulanbekov, but he was replaced by Manel Kape, who debuted in the UFC and lost to the Brazilian athlete Alexandre Pantoja.

In an interview to TATAME, Matheus talked about this fight and his return to the UFC after two years away.

“This fact that the opponent changed affects my strategy a little. I was studying one fighter and now I will face another. So, now I had to study Manel Kape, his strengths and weaknesses so I can be ready for whatever happens in the octagon. But, overall, the mindset is the same. Confident, strong and aggressive. I have lived new moments, met new people and opened my eyes to other things. That is something everyone goes through. We face and overcome challenges. I am ready to return and live a new phase,” stated the athlete.