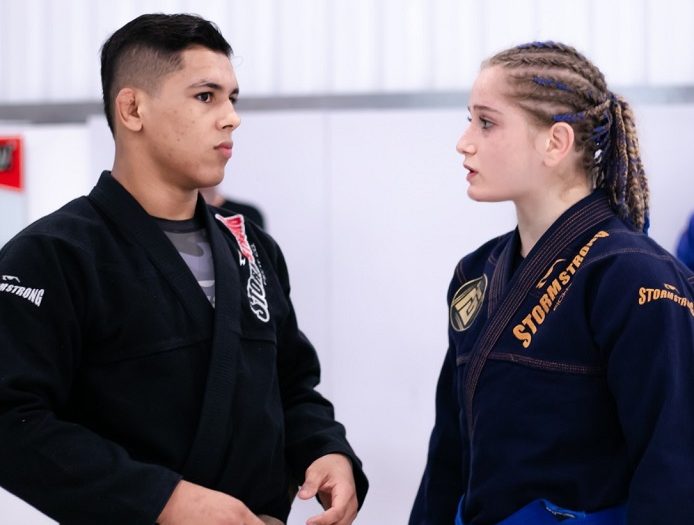 The American athlete Amit Elor, 17, decided to give her US$ 4,200 prize after conquering the BJJBET GP Selection, which happened in February, in São Paulo (Brazil). The donation went to the social project called Dream Art Manaus, which shelters 20 high-performance athletes.

Elor donated the check when she arrived in Manaus for a new season of training. Born in California, Elor is a Jiu-Jitsu blue belt and competes in Wrestling too.

Amit is Mica Galvão’s girlfriend. Galvão is also an BJJ athlete and his father, Melqui Galvão, runs the social project Dream Art Manaus. Elor met Mica in a competition in the USA, in 2014. Then, she decided to start a camp in Manaus in 2020. She understood the reality in which athletes go through at Dream Art and promised to donate the prize if she won the GP Selection.

With this GP Selection title, Amit Elor will face brown-belt Duda Tozoni in the next BJJBET. The blue-belt has made an impression with her performance in São Paulo.