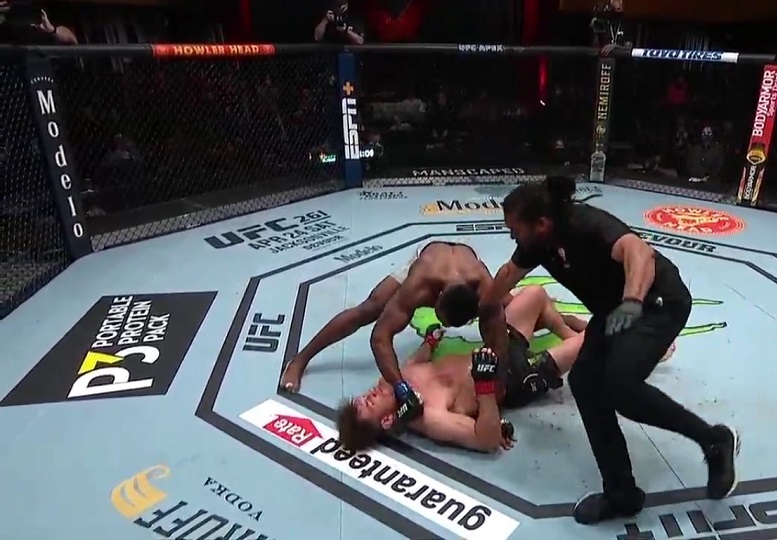 Francis Ngannou knocks out Stipe Miocic in the second round (Photo: Reproduction / ESPN)

Defeated by Stipe Miocic in 2018 by unanimous decision, Francis Ngannou was entitled to the rematch almost three years later and did not waste the opportunity. In action in the main event of UFC 260, held last Saturday (27), in Las Vegas (USA), the Cameroonian was dominant since the beginning of the confrontation and showed his great knockout power, especially in the second round, where he managed to connect two strong leftist blows. The last of them caused Miocic to fall out already, which led referee Herb Dean to stop the duel immediately.