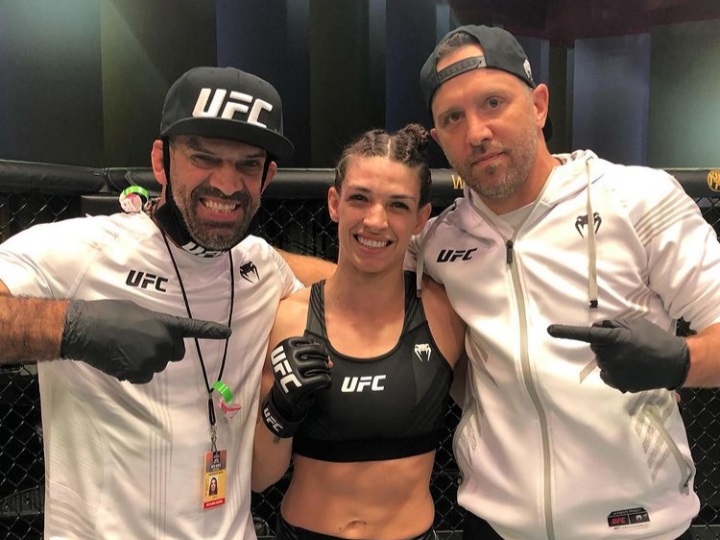 Mackenzie Dern‘s victory over Nina Ansaroff, last Saturday (10), at UFC Vegas 23, was important for the eyes of the promotion. The black-belt Brazilian athlete climbed six positions in the strawweight ranking and now stands on the fifth place, after Carla Esparza, Yan Xiaonan, Joanna Jedrzejczyk, Rose Namajunas and the champ Weili Zhang.

Besides, Dern, now with four wins in a row, debuted in the pound-for-pound ranking just like Amanda Nunes, current bantamweight and featherweight champion and #1. Dern (28) is above athletes like Claudinha Gadelha, Cynthia Calvillo and Carla Esparza, and now stands on the 12th place on the list.

Also about the UFC Vegas 23, after beating Kevin Holland by unanimous decision in the main event, Marvin Vettori climbed some positions and now stands on the third place below Paulo Costa, Robert Whittaker and the champ Israel Adesanya.

With nine names, the UFC has released the new list of dismissed athletes; check it out

Paulo Costa will face Jared Cannonier in the UFC in August; Darren Till will fight Brunson

TATAME PLAY: owner of the submission record in the UFC, watch a complilation of all submissons by Charles do Bronx in the octógono

Despite the lows, Ronaldo Souza guarantees he’s ready to the UFC 262 and analyzes his opponent: ‘It can be tough’