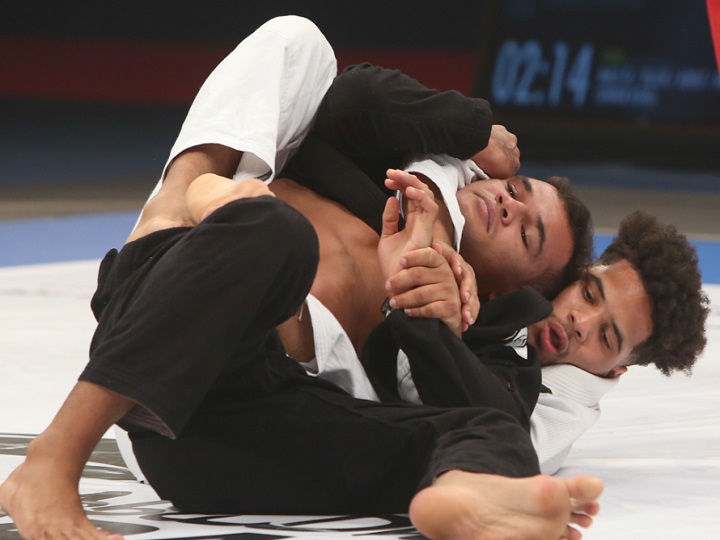 On the second and last day of the AJP Tour’s Abu Dhabi Grand Slam ended the 2020/2021 season and featured the ellite of the sport. Several black-belts went to the capital of the United Arab Emirates, on Saturday (3), and they had a high level Jiu-Jitsu performance. Check out a summaruy of what happened.

Light featherweight (-56kg) – with only three athletes, this division was a quick one. Jonas Andrade fought twice to get the gold. He beat Marko Oikarainen with a choke from the back. In the final, Jonas submitted Johnif Rocha with a foot lock and won the gold medal once again.

Featherweight (-62kg) – Hiago George had a tough way to the gold. He won Pablo Dutra by 1-0 in a hard fight. In the semifinal Hiago faced Lucas Pinheiro and, by 1 – 0, Cícero Chosta’s black-belt guaranteed his ticket to the final. Diego Batista was his last opponent. The result 3-2 was enough to give the title to Hiago.

Lightweight (-69kg) – Leonardo Saggioro, 32, doesn’t fear any youngster and proved it. The path began with a RNC over Mauricio Ospina. Then, he beat Daniel Vieira by decision and, in the following, submitted Gustavo Azevedo. In the final, Saggioro used his experience to beat Israel Sousa by 3 – 2 and he guaranteed the gold medal and the top of the ranking.

Welterweight (-77kg) – the only way to become the favorite is to beat the favorite. That was what Luiz Paulo Medeiros did. After beating André Cantanhede by 4 – 0 and Tiago Bravo by medical stop, Medeiros faced Espen Mathiesen in the semifinal. A choke from the back guaranteed Luiz Paulo’s passaport to the final. Then, he won Adriano Araujo by 3 – 2.

Middleweight (-85kg) – Isaque Bahiense (Dream Art) went to Abu Dhabi with many students and trainning partners. He had to do his best. Of three fights, the first against Tommy Langaker was the hardest. Then, he won Julio Júnior with a kimura and Mauricio Oliveira with an armlock.

Light heavyweight (-94kg) – Patrick Gaudio fought three times in Abu Dhabi. He beat Bruno Lima by 3 – 2, then beat Matko Kvesic by 7 – 0. The final was his biggest challenge, because Patrick Gaudio faced Gutemberg Pereira. Gaudio went for a foot lock and won the gold medal with this submission.

Super heavyweight (-120kg) – Always intense, Roosevelt Sousa debuted with 10 – 0 over Wallace Costa. In the semifinal, he beat Max Mendes by 4 – 2. The final was quick. Roosevelt won Anderson Munis with a foot lock.

Bantamweight (-49kg) – the rivalry between Brazil and Argentina is known worldwide. Brazilian  Brenda Larissa and Argentinian Eliana Carauni wrote another chapter of this story in Abu Dhabi. Larissa beat Isadora Maggioni by a choke. In the final, Brenda used a good strategy and won by 1 – 0.

Middleweight (-70kg) – Julia Boscher was very happy competing in Abu Dhabi. The Brazilian athlete built a solid campaign until she got to the top of the ranking. Boscher beat Priscilla Assunção by 2 – 0 in the semifinal and faced Rafaela da Silva for the gold. After five minutes plus one extra, the draw (1 – 1) was settled by the referees who gave the victory to Julia.

Heavyweight (-95kg) – Yara Soares won both by submission. First, she caught Thaynara Dias with an americana and, then, choked Michele Xavier in the north south. With this gold medal, Soares also reached the top of the ranking of the season.