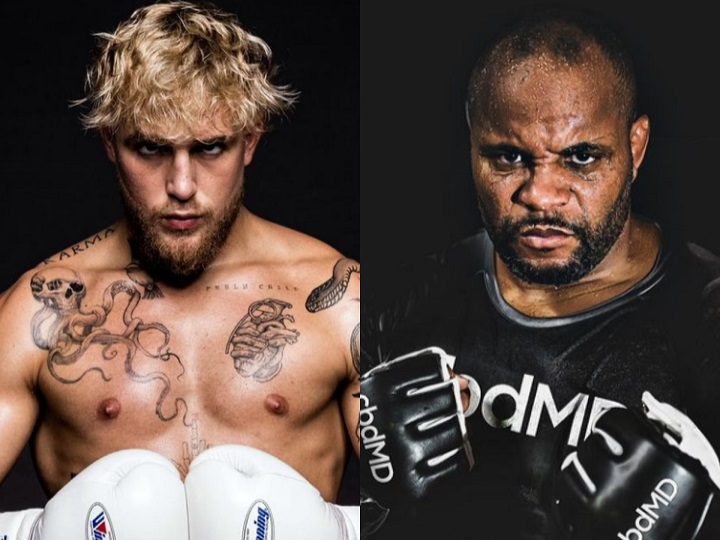 After beating Ben Askren, last Saturday (17), in a Boxing fight at “Triller Fight Club”, Jake Paul became the “focus” of the fighting world. Paul knocked out the former UFC athlete and former ONE Championship champion and then was challenged by BJ Penn, Tyron Woodley, and even former UFC welterweight champion Robert Whittaker.

Daniel Cormier – retired from MMA and former UFC double champion (light heavyweight and heavyweight) – said he hoped some other fighter could beat Jake Paul and put an end in that “hype”. Undefeated in professional Boxing, with three wins so far, Paul didn’t like those “DC” words and, in a Lohan Paul (his brother) podcast, he challenged Cormier.

“So many fake motherf*****s in this generation. Daniel Cormier, (mimicking) ‘That’s my boy Ben, he’s gonna beat Jake, he pushed him in the face so he’s gonna win now, chirp, chirp, chirp.’ I knock him out and he’s on Twitter, ‘Ben, are you serious, bro, you went down like that? Ben are you kidding me? Ben, I can’t believe you did that to the MMA community.’ Shut the f*** up b****. I’ll beat the f*** out of your fat ass too, just like Stipe did. Cleveland s***. I swear to God, I’ll beat the f*** out of Daniel Cormier,” and Jake Paul went on ranting.

“I respect him, I think he’s great, he had an amazing career,” Paul said. “I’m appreciative of what he’s done for the MMA community. But don’t switch up on your boy like that! It shows your true character. And by the way, I will fight him. Let’s run the pay-per-view.”However, Cormier didn’t seem to care. He ruled out the possibility of facing Paul in the future.

“This dude would never fight me, I would kill him. Why would I ever fight someone like that?But my immediate reaction was, ‘I can’t stand this kid.’ So it works! I can’t stand this kid! But who punches down? You don’t punch down to somebody. I’m the guy that’s in the Hall of Fame. I’m the guy that won two world championships at the same time. I’m not gonna punch down to some kid that’s on YouTube that’s, like, ‘Fight me!’ Like, why? What have you done to earn the right to fight me? So, no, it’s silly and stupid. But I would like him to fight Tyron. I would like to see him fight somebody more real. Don’t fight Ben Askren at 190, bloated. Fight a middleweight. Fight Luke Rockhold! Let me see you fight Luke Rockhold or somebody like that. And then I will not only say that you have base skills, I will say you’re a real fighter. Because right now it’s all pretend. It’s all pretend,” Cormier said.

Belfort says Holyfield refused fighting and teases youtuber bros: ‘I can fight both in the same night’

Mayweather dominates the fight, but doesn’t knock out Logan Paul