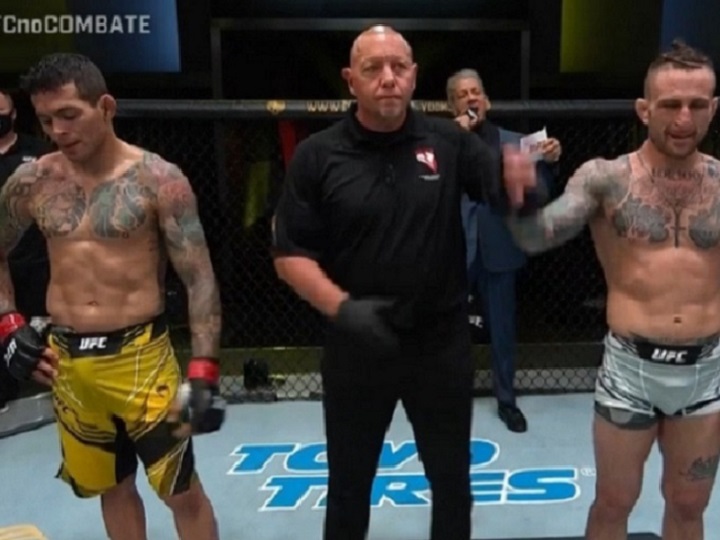 Last Saturday (8), in Las Vegas (USA), UFC Vegas 26 featured Marina Rodriguez victory over Michelle Waterson in the main event, but the bonuses went to other fighters. Gregor Gillespie vs Diego Ferreira was elected “Fight of the Night” and both athletes made $50,000 each.

However, due to having missed weight on Friday (7), the Brazilian could have had as punishment a cut of his bonus money, but the promotion decided to pay him the full amount. The American, besides the bonus, won the fight by TKO in the second round.

Alex Morono and Carlston Harris also made $50,000 each because their fight was elected “Performance of the Night”. In the co-main event, Morono overcame Donald Cerrone by TKO in the first round while Harris beat Christian Aguilera with a Anaconda choke in R1.