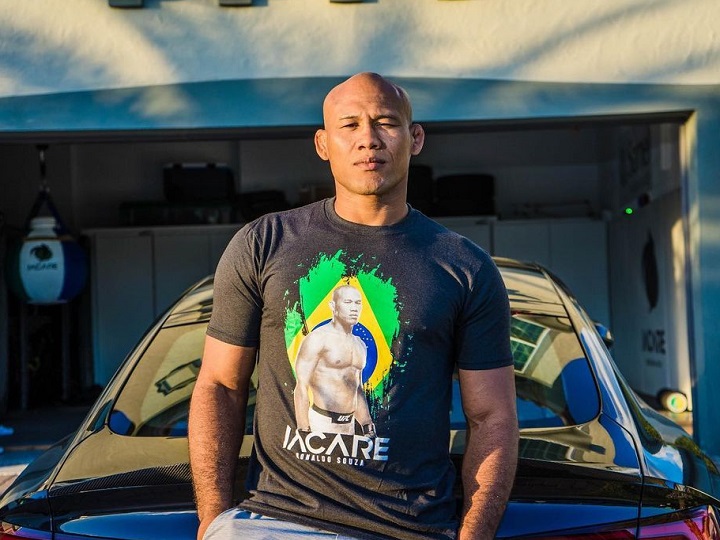 Jacaré, who lives in the USA, is already vaccinated for Covid-19 (Photo: Instagram)

* One of the greatest names of Brazilian Jiu-Jitsu in the UFC, Ronaldo Jacaré Souza will fight this Saturday (15) against his fellow countryman André Sergipano Muniz at UFC 262. Souza is not in a comfortable position in the promotion, there have been four losses in five bouts. The 41-year-old fighter, despite the lows, feels ready for this fight.

“There is no problem at all. I feel fine physically and mentally. I’m ready to win on Saturday. I want to climb positions in the middleweight division. I would like to fight rematches. Anyone, I like rematches, I never lost one. Kelvin Gastelum, Jack Hermansson, even Kelvin Holland I’d like to fight again. In the UFC, I had only one rematch – against Mousasi,” the Brazilian pointed out.

About his next opponent, Muniz, Souza said good things. He mentioned they had a friendly chat at the hotel: “He’s strong, the fight can get tough. I did a camp because he’s a dangerous fighter. It is a martial art, we must respect every opponent. I have never been disrespected and I have never disrespect anyone,” Ronaldo said and commented about the camp:

“It was good training, I had good partners at the camp, like Caca Lima, who brought several good athletes to help me. I’m already vaccinated. I trained at my gym. I went to another gym to work with my coach Márcio Soares, who has been with me since the BJJ times,” he said.

On Saturday, another BJJ athlete will face the fight of his life: Charles do Bronx will face Michael Chandler for the vacant lightweight belt. Souza said the Brazilian will win: “He’s going to face a very tough fighter, but I’m sure Charles will win. When I met him here, this feeling became stronger. I’ll be supporting him.”