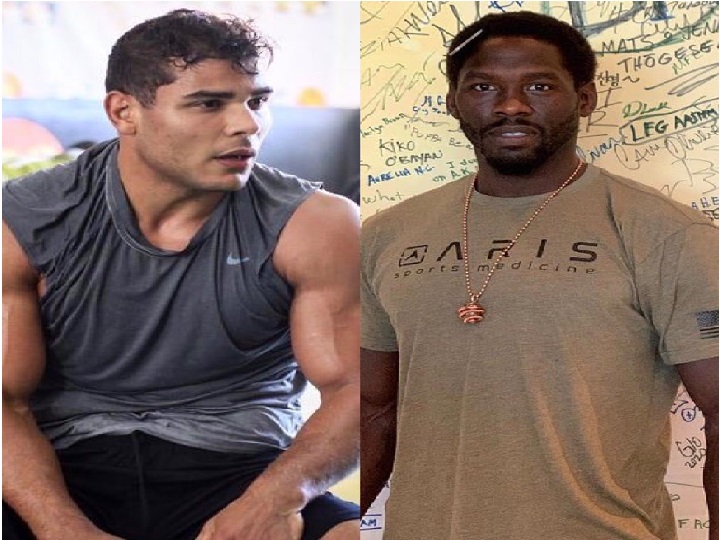 Costa vs Cannonier will happen in August (Photo: Instagram)

Last Wednesday (12), two bouts featuring Brazilians were confirmed by the UFC, according to ESPN.com. Paulo Borrachinha Costa will return against Jared Cannonier, in the main event at August 21’s UFC. Lightweight Thiago Moisés will face Islam Makhachev on July 17. Both events have no venue scheduled yet.

With a fight since September 2020, when he was knocked out by middleweight champion Israel Adesanya, Paulo Costa would have faced Robert Whittaker in April, however, a strong flu didn’t let the fight happen. In second place in the middleweight ranking, Costa will fight the fourth place aiming for a new title shot. The 30-year-old Brazilian athlete has 13 wins and 1 defeat.

Jared Cannonier fought Whittaker, in October 2020, but lost by unanimous decision. Before that, the American had won against David Branch, Anderson Silva and Jack Hermansson – all of them by KO. The 37-year-old athlete has 13 wins and 5 losses.

Besides Costa vs Cannonier, another important bout will happen on August 14: Darren Till vs Derek Brunson will lead a UFC Fight Night. Currently in #6 in the division, Till hasn’t fought since July last year, when he lost to Whittaker, and had three fights canceled since then. Brunson is #5 and comes from four wins.

Another Brazilian who had a confirmed fight was Thiago Moisés. He has won three of his previous fights but will face a tough challenge. Islam Makhachev, who trains with former-champion Khabib Nurmagumedov, has 19 wins and 1 loss. He comes from seven wins and hasn’t lost since 2015.