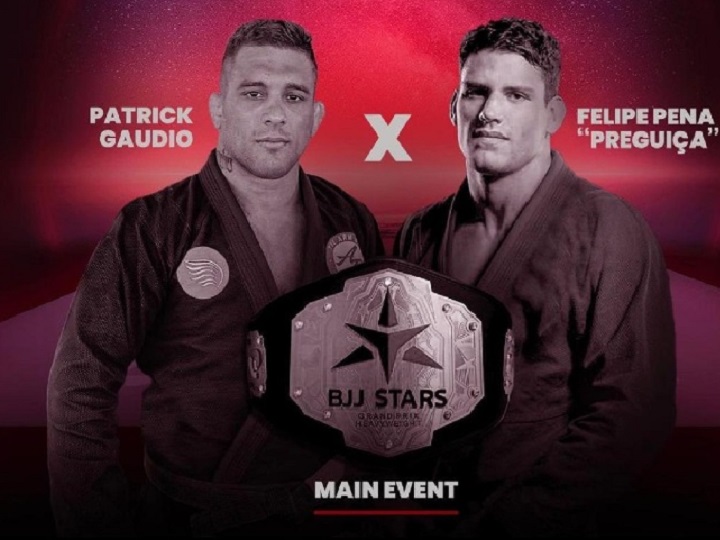 Next edition of BJJ Stars, the biggest Jiu-Jitsu super fights event in Brazil, will take place on June 26 in São Paulo. The show won’t have a live audience due to the pandemic but will feature two finals of the reality show ‘The New Star”, coaches fights and five super fights. The main event will be Felipe Pena (Jiu-Jitsu world champion) vs Patrick Gaudio (Pan American and European champion). They will fight for the heavyweight belt – which belongs currently to Pena. Fepa Lopes (BJJ Stars CEO) is excited with this next event and promised an amazing card for BJJ fans.

“I’m thrilled with this next event because I have seen so much inside the house of the reality show. It has been awesome to see them giving their best all the time. They are focused on who’s going to be the “The New Star”. Some of the coaches will fight too. This will be an amazing card. People will watch a true BJJ show with and without gi,” Fepa said.

Besides the main event, are confirmed: Michael Langhi vs Claudio Caloquinha, Bia Basílio vs Gabriela Fechter, Mahamed Aly vs Yuri Simões, Anna Rodrigues vs Diná Sena, Natan Chueng vs Lucas Gualberto and Izadora Cristina vs Ingridd Alves who will fight for the reality show finals.

On May 31, the promotion will start selling pay-per-view tickets at bjjstars.tv.

Ronaldo Jr and Malyjasiak dominate Boise Open; André Porfírio is #1 on the list of champions in Atlanta

After a long time of negotiations, André Galvão announces superfight at ADCC 2022