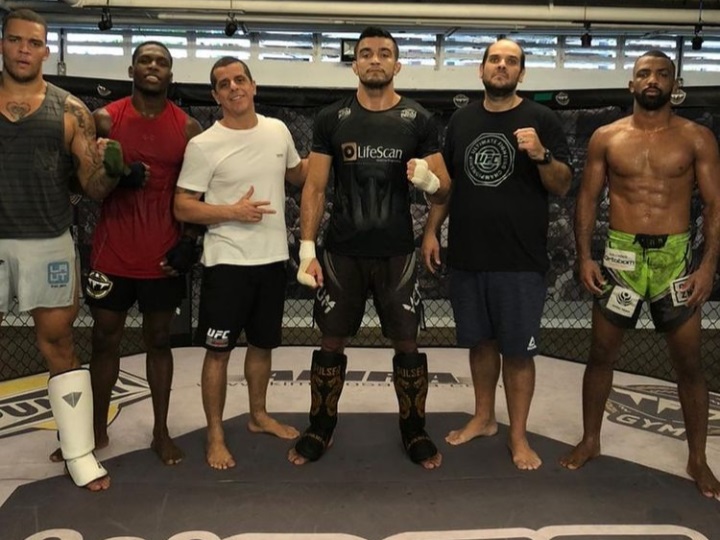 * Coming from two wins in the UFC, where he’s undefeated, André Sergipano is ready to face the fight of his life so far. This Saturday (15), at UFC 262, in Houston, Texas (USA), the Brazilian will face his fellow countryman Ronaldo Jacaré Souza knowing that a victory will take him closer to the title shot.

Respecting Souza’s victorious history in the martial arts, Sergipano knows the size of this challenge. The 31-year-old fighter has 20 wins and only 4 losses in MMA. In an interview to TATAME he talked about the hard training to be prepared to face Souza.

“It has been a long camp (more than 3 months). I was forced to reinvent myself because I’ve always focused on striking and wrestling, but this time I improved my Jiu-Jitsu. Souza is a high-skilled BJJ champion and this will be a challenge. But I had an awesome team by my side,” Sergipano said.

Analyzing his previous fights, he may have two goals: first focus on striking or fight like he did against Jan Blachowicz that is put me against the fence and go for the takedown to use Jiu-Jitsu. I’m ready for any of these scenarios.

– What’s your guess on this fight?

I believe we may exchange punches and that can define the fight. But it may be decided round by round. I will try to win all rounds to guarantee a victory by judges decision.

– Where do you think a victory over Jacaré can lead you to?

After this fight, with a good victory, I may climb into the Top 15 or Top 14. It may open many doors for me. I have worked hard for that. I have been through two Contenders (Contender Series, the reality show organized by Dana White). I have good fights in the UFC and a solid career in the Brazilian MMA. I’m well trained and ready to win.

– What can you show the UFC that you haven’t shown before?

I want to show Muay Thai skills. I’ve been training that too. It is a matter of when to use it. Maybe this fight can allow me to do it.

– Plans for the rest of the year

I’ve been apart from my family this time in the camp. After Saturday, I intend to take 30 days off. I hope I can return without any injuries by the end of September or October. And facing someone in the Top 10 or Top 5.