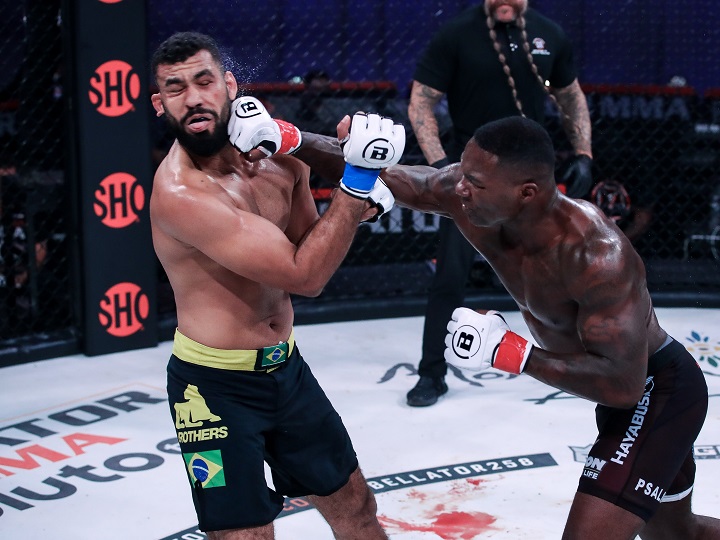 After being retired from MMA for four years, Anthony Johnson, returned to the light heavyweight division and debuted at Bellator 258 last Friday (7), in the co-main event. Against Gugu Azevedo, Johnson started striking in the first round but ended up suffering one knockdown.

In the second round, Gugu focused on counter strikes. Johnson, increased his pace until he knocked out the Brazilian with an amazing blow. With this result, Johnson moves forward to the GP semifinals. He will face the current light heavyweight champion, Vadim Nemkov, in July.

Watch the video below: