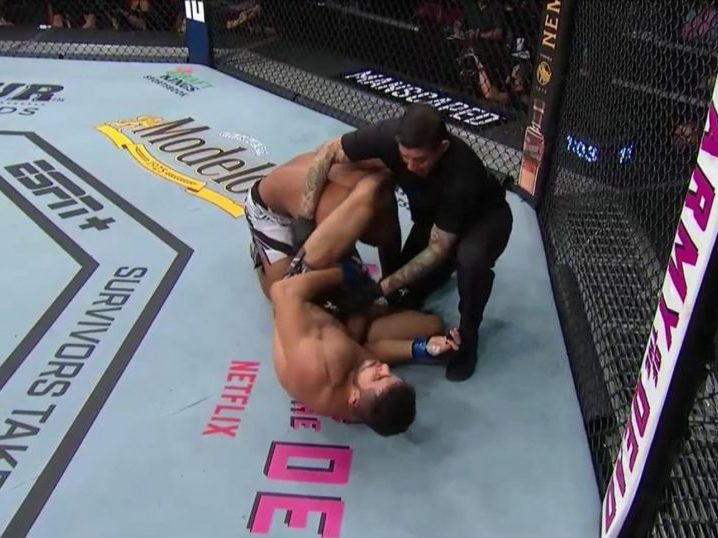 The moment that Souza’s arm broke was shocking (Photo: Youtube)

One of the toughest bouts at UFC 262 André Sergipano Muniz vs Ronaldo Jacaré Souza had a shocking ending. Muniz submitted Souza with an armlock and, according to Combate.com, broke his arm. It happened in round 1 and forced the referee to stop the fight after hearing a cracking sound coming from Souza’s arm. The athlete went straight to the hospital.

With that, Muniz became the first athlete to ever submit Souza in MMA. He remains undefeated in the UFC while Souza (41) lost for the fourth time in a row in the promotion. “First, I’d like to say I’ve been Souza’s fan since I was a child. I respect him a lot. When I heard his arm cracking I let it go. I knew I could injure him in an even worse way if I kept it going. I will always remember this victory. I want to enter the Top 15.”