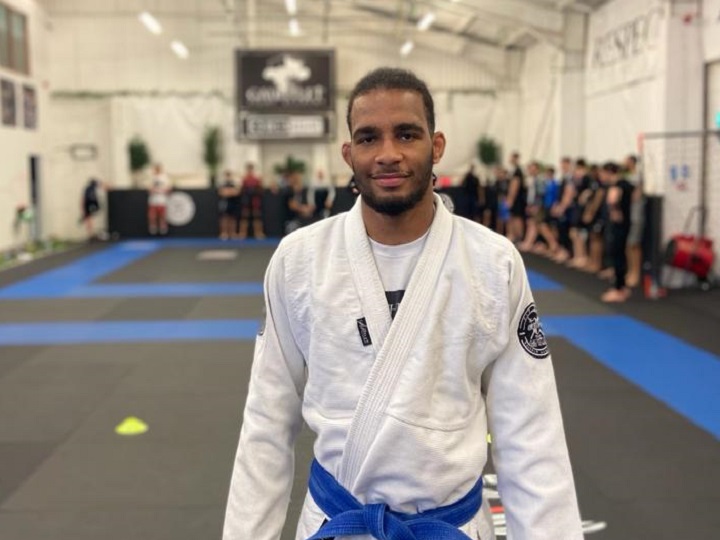 Brazilian Jiu-Jitsu has grown across the world so children and youngsters from all over have fallen in love with the gentle art. That was what happened to Angolan Rui Raposo (23). Born and raised in Luanda, the capital of Angola, he always dreamed about becoming a BJJ athlete, even against his parents’ will.

“I have always liked to watch my friends at school training Karate, Capoeira and Boxing. I tried to talk my parents into letting me train in a martial art, but they always said ‘no’. They used to say that was an underground thing but I never gave up,” Rui said. When he was 15, he started training Capoeira, but realized he had a different passion:

“I trained for one year but realized that wasn’t my thing. So, I looked for something else. A gym called Fight Society – Ronaldo owned it – opened near my house. I was 16 and begged my mother to train there. She said ‘yes’. I started in Muay Thai, but I looked at Jiu-Jitsu and felt attracted to it,” Raposo remembered.

Then, Rui sold his Playstation 3 and started to work to pay for the gym instead of asking his family for money. A little time later, his family moved to London. Raposo didn’t train for over one year in the UK until he found out about The Gauntlet Fight Academy, which is lead by Brazilian black-belt Neto Nunes.

“After one year in London, I found out about this gym, which was near my house but kind of hidden. There I met master Neto Nunes, who supported me a lot. He is doing a wonderful job and I can say I learned a lot from him. My dream in Jiu-Jitsu is: to become European and World champion in every belt,” Rui Raposo, blue-belt, commented.