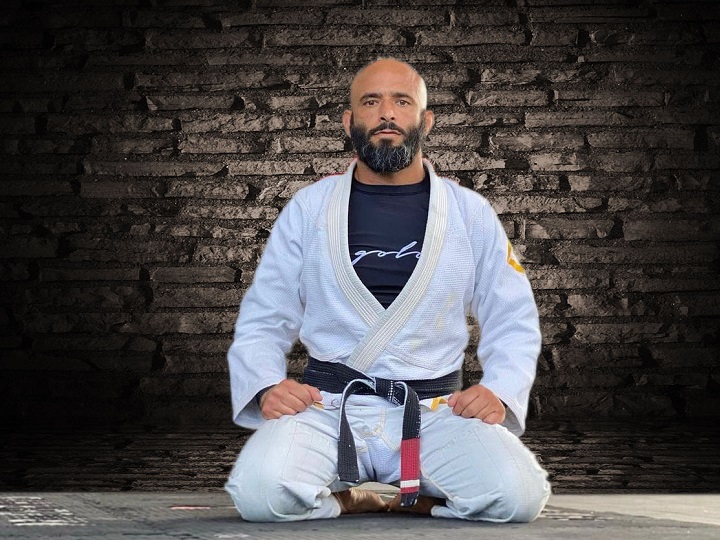 Born in Rio de Janeiro, Léo Ramos has trained Jiu-Jitsu since the 1990s and, driven by his dreams, moved to San Diego, California (USA) in January, 2000. Initially, since he was in love with journalism, his intention was to write a series of articles about fighters who were performing well, but at the same time, his passion for Jiu-Jitsu took him even closer to the sport.

From blue to black belt, Léo Ramos has trained with masters Rodrigo Medeiros and Stefano Aguiar and, then, he started to teach. In 2009, at gyms in San Diego, and between 2014 and 2017, led the UFC Gym in San Diego. In October 2017, he moved to Las Vegas, where he currently lives as one of the main masters at Fight Capital Gym, owned by Skipper Kelp. Nowadays, it features a Jiu-Jitsu program for children from 3 to 6 years old, above 7 and adults, besides Boxing and Muay Thai for professionals and amateurs.

“Jiu-Jitsu evolved and I was able to watch that development closely because I lived in San Diego and many championships were held in Los Angeles. Everything got better – from technique to the infrastructure of the tournaments. Now, the gentle art is respected not only in the USA but worldwide. When I moved here in 2000, Jiu-Jitsu was still growing with some small championships such as the ones promoted by João Moreira and Carlo França. Today it is spreading throughout the US. The Brazilian contribution is undeniable, it is 100%! The Gracie family came and it changed everything. I’d say that in MMA you must be complete… you must master Boxing, Jiu-Jitsu, Wrestling, a bit of every martial art. But if you have Jiu-Jitsu skills you’re ahead. So, I believe Brazilians are essential to Jiu-Jitsu worldwide. You can’t forget to be grateful for the Gracie family,” Léo said.

Then, Ramos projected what he expects for the following years to come. But he also showed concern about athletes who are not recognized as they should be.

“I see the Jiu-Jitsu scene growing stronger day by day. And with events that pay money as prizes only strengthens the sport. Athletes invest money to compete. I think athletes should be rewarded beyond medals. The best way of rewarding an athlete in the western world is with money. So, I am grateful for events that do so. I hope Brazil will get there. By sponsors, the government, companies, whoever wants to invest in athletes and in the sport. We have great athletes and masters in Jiu-Jitsu, MMA, but there is no structure yet,” Ramos stated.