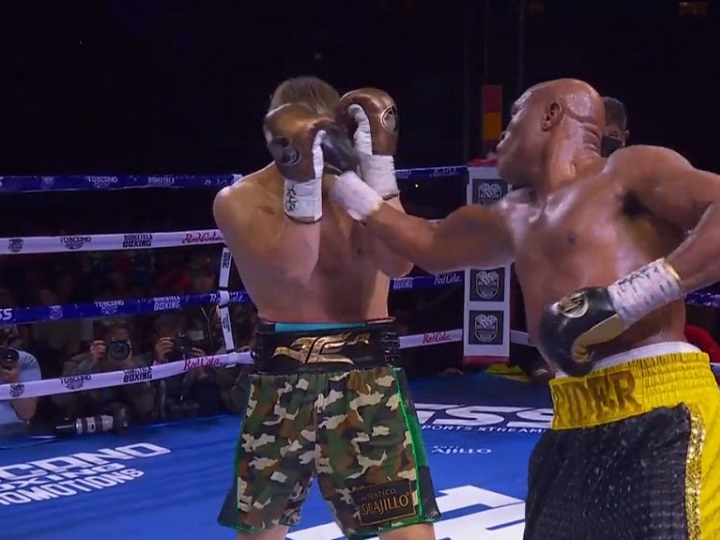 Along with brothers Jake and Logan Paul in Boxing, Spider said he’s not against youtubers fighting in Boxing. He thinks it is possible to face one of the Paul brothers.

“I respect both. I have a good relationship with them and, yes, I think it is possible to fight them. It is fun. It is a fight but it is fun. Logan and his brother are amazing. Some talk a lot about them but they are nice people. I respect them and I respect Boxing. I think everything is possible. My next fight may be against Logan Paul,” Anderson told MMAJunkie.com.

Jake Paul compliments Spider and ‘offers’ a fight against a legend

Jake Paul liked Anderson Silva’s solid performance against Mexican Julio Cesar Chavez Jr. On his Twitter account, Paul, who will face former UFC welterweight champion Tyron Woodley, said he would like to see Spider fighting the same event and “offered” Anderson vs Roy Jones Jr. Silva has always talked about a possible fight against Roy Jones in the future.

“Respect to Anderson Silva on the win… you’re a Brazilian legend! It would be an honor to have him vs Roy Jones Jr on the same card as Tyron and I,” Jake Paul posted.

Respect to Anderson Silva @spideranderson on the win….vc é uma lenda brasileira! Would be an honor to have him vs Roy Jones Jr on the same card as Tyron and I