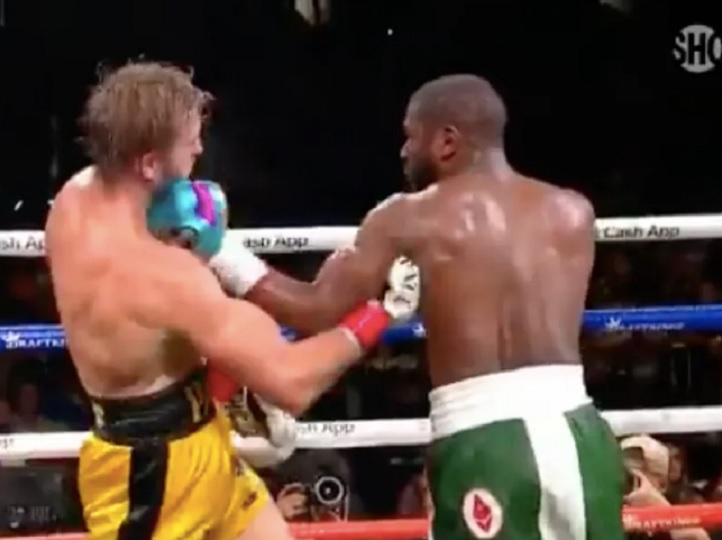 There was no knockout or knockdown, as many fans expected, or even a winner, since it was just an exhibition fight. Floyd Mayweather and the youtuber Logan Paul fought last Sunday (6), at the Hard Rock Stadium, in Miami, Florida (USA), in front of 25,000 people. According to MMA Fighting, Mayweather would have won by 80-72, if it had been counted.

There was a big difference between both athletes. Mayweather (44) is 1,73m and 70,3kg, whilePaul (26) is 1,88m and 85,9kg. Inside the arena, those extra 15kg weren’t advantage for Paul. With 12 world titles in many divisions, Floyd had no problem in overcoming his opponent.

Mayweather attacked Paul – Jake Paul’s brother – but couldn’t knocked him out. After the fight, both athletes talked with respect about one another.

“He’s a tough, rough competitor. It was good, had fun. I was surprised by him tonight. I had fun. You’ve got to realize I’m not 21 anymore. But it’s good to move around with these young guys. Great young fighter. He’s better than I thought he was,” Mayweather said. And Logan Paul completed: “I don’t want anyone to tell me anything is impossible ever again. The fact that I’m in here with one of the greatest boxers of all time proves that the odds can be beaten. I’m going to go home thinking did Floyd let me survive? It’s an honor to grace the ring with him.”