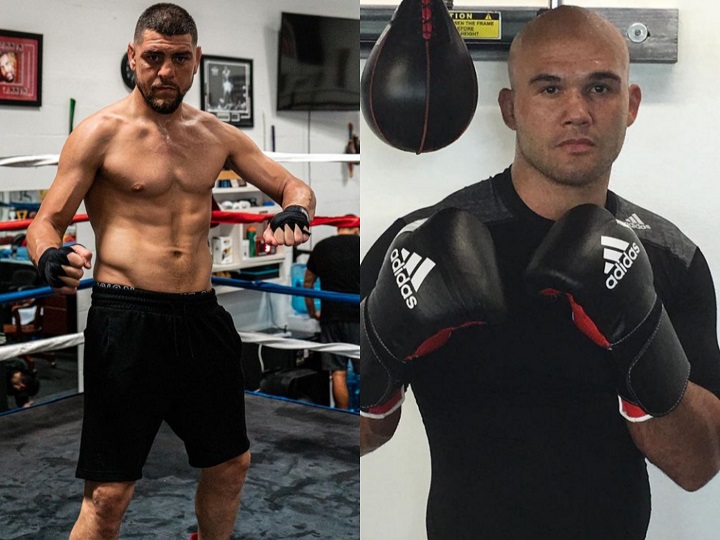 Nick Diaz and Robbie Lawler may fight in September at UFC 266 (Photo: Instagram)

Without a professional fight since 2015, when he faced Anderson Silva at UFC 183, Nick Diaz may return soon. Last Wednesday (7), Dana White said he intends to make Diaz vs Robbie Lawler in the co-main event at UFC 266, on September 25, in Las Vegas (USA). The main event will be Alexander Volkanovski vs Brian Ortega for the featherweight belt.

If it really happens, it will be their second fight. They fought in 2004, at UFC 47. Then, Diaz won by TKO in R2. Nick Diaz (37) has 26 wins and 9 losses, and before fighting against Anderson Silva, he had been defeated by Georges St-Pierre and Carlos Condit. His last win was in 2011, against BJ Penn, at UFC 137. Two years older, Robbie Lawler (28-15) isn’t at his best moment in the UFC. Former welterweight champion, he has lost to Rafael dos Anjos, Ben Askren, Colby Covington and Neil Magny.

UFC 267, scheduled for October 30, in Abu Dhabi, will feature the fight Amanda Ribas (#11 in the strawweight ranking) vs Virna Jandiroba (#13). The information was published on Combate.com.

The 27-year-old fighter Amanda (10-2) was undefeated in the UFC with victories over Emily Whitmire, Mackenzie Dern, Randa Markos and Paige VanZant. But in January, she lost to Marina Rodriguez by KO in R2. On the other hand, Virna had lost to Mackenzie in December 2020 but in June won against Kanako Murata by KO in R2.

Carlos Boi has been requesting on social media a fight against former-champion Andrei Arlovski and it finally was granted. On October 16, they will fight in the heavyweight division. There is no venue confirmed yet, according to Combate.com.

The 26-year-old athlete has 11 wins and only one loss. Carlos Boi has won three fights in a row in the UFC. His last win was against Jake Collier by split decision at UFC 263. Sixteen years older than Boi, Andrei Arlovski (31-20) comes from three wins and one loss in the promotion. He lost to Chase Sherman by unanimous decision in April.